Skip to primary content
Skip to secondary content
So folks have finally figured out that a truck, with lots of mass and an engine with lots of power, can be used as a weapon. (Not that anyone who has driven a truck like that hasn’t figured that out).

Sadly, it was used on a bike path in Central Park in New York.

It would appear that the terror that has happened in Europe has indeed come here, even if on a smaller scale. Plus the dude did cry “Aloha Snackbar!”…..or something which sounded like that.

I expect to see calls for limits on horsepower on trucks. No one needs 400 horsepower in normal use . There is no sporting use for 400 horsepower 6000 pound trucks. Drivers of such trucks should be specially trained and licensed. Nobody needs that kind of horsepower to haul 2 x 4’s or drywall.

(Please note that in New York this is a BIG TRUCK. In “Flyover Country” this is normal truck, driven daily for farm or construction use…..or just because we like ’em).  And, oddly, few of those thousands of trucks go on a rampage. It is, of course, the user, not the tool.

My thoughts and prayers for the victims and those affected by this.

ETA: the suspect, Sayfullo Saipov is reported to be from Uzbekisan. His photo makes him look like a fundamentalist.

I had to go to a court today, to testify as to someone’s whereabouts in a murder case from 4 years ago.

Sitting, waiting, outside the courtroom for 2 hours was…interesting.

I, being white, was in the minority. Being a male…dressed well, also made me a minority. Hell, having shaved that week did so…..

Lots of nice people there though, (I listened to a lot of stories waiting) most of whom just got crossed up because they can’t follow the rules of society, or have impulse issues. Most were willing to do what was necessary to stay out of trouble, they just COULDN’T do it.

Things like show up at court, pay their fines, register their car, stay sober, not steal, etc. Couldn’t afford their car registration, but had $300 sneakers. (Sneakers in court?)

Some took the time to dress well, or at least try. Some ladies wore what was obviously their best attire, even though it was not suited for a courtroom, but more for a club….At least they tried.

Lots of men who obviously didn’t bother. Weren’t willing to try and impress the judge at all. I look better than that when I am working in the yard. I wondered, for a while if it was just because it was Halloween….

And, as I said, I was a minority, race wise. Only folks who looked like me were the clerks and attorneys.

Yes, I know, pointing this out makes me a racist.

Not good for landing practice, really. Not even though it was straight down the runway. Not until I can do a decent non gusting landings.

So, at a towered airport (Class D).

Call for clearance, get it…. am on 1 mile final. Tower warns another aircraft to HOLD SHORT like 4 times on a taxiway leading to a crossing runway. I approach, do a touch and go, and depart to the right. He’s still being held. 3 other aircraft call for clearance to land, she gives permission and they do so…Dude is still waiting to taxi. Another aircraft is cleared in and he is STILL waiting.

I think he pissed off the controller. She sounded angry when talking to him.

I departed the area and switched frequencies and he was still waiting as I did so. At least 12 minutes.

I wonder if he ever got clearance to move? Or if he ran out of fuel waiting……?

I learned a very valuable lesson there:
Don’t piss off the controller.

The Anthology is here!!! 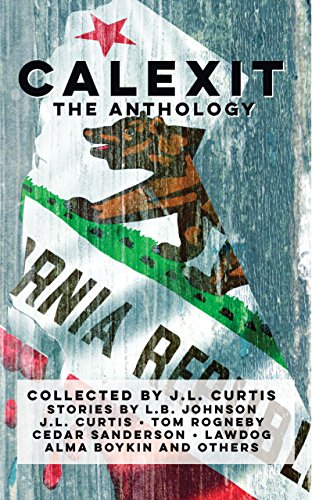 Click HERE to go to the Amazon page for Kindle. You can find the Dead Tree Version HERE

Yes, I am one of the authors.

And it is my first published story. I am humbled to be included with these authors.

I’m all jazzed to hell and gone.

If you are selling an accessory, say an auxiliary light for trucks, one might think that providing SOME sort of dimensions, or (even better) a basic mechanical drawing of the exterior of the light case would be a big part of the information one should provide on the website…..or, failing that, a link to said drawings wherein one could find out if the item is of a size and depth that would work…..

It’s not like such a bit of information would take up that much server space, nor would it be difficult to put into a website along with all the pretty pictures….

So now the NAACP is suggesting a “Travel Warning” for American Airlines to all black passengers.

Do you believe that American is prejudiced? That they would dare have a coporate policy to discriminate?

Plus, my first touch and go at a towered airport. (class D).
I am learning how important airspeed is at touchdown, as I was cautioned by a commentor several posts back.

But I’m learning, if slowly.

That is what the audit of the Obama HUD shows.

So bad even the auditors aren’t sure WTF is going on.

All that money, unaccounted for because of terrible accounting practices.

No one is sure exactly what was done, or where they money went.

If I had done my business accounting using these methods, the IRS would own the business next audit.

Being Federal employees though, I doubt that there is an accountability though….

Soon, it will have consequences for real Americans.

One must now have proper papers to travel, at least via air:

They were previously allowed to use mere driving licenses.
But residents of some US states may soon require additional ID, such as passports, if they wish to embark on air travel – even if just domestically.
That’s the new procedure on the horizon for people from states that have not yet introduced the standards required by the 2005 Real ID Act, which demands stricter regulations for state-issued IDs.
The states that haven’t yet fallen into line each now have a grace period of three months to meet the revised criteria.
This deadline expires on 22 January 2018

Over half the states don’t yet have ‘acceptable” standards.

If flying after 22 Jan 2018, be aware and plan accordingly. Oughta be interesting on and after that day at the TSA chcekpoints.