There is a different set of rules at the TSA “checkpoint” in every airport.

For many years, the rules were that you HAD TO pull your laptop out of the bag because “we can’t see through it otherwise”. ..Which, while I found to be doubtful, (scanning technology being what it is and all) was, at least, consistent.

Friday, I travelled through Midway, and they yelled at all of us that were taking our laptops out of our bags to put in a separate bin.

“No need” they said. “Stop wasting time”….And they were RUDE about it. Plus, “shoes stay on”. Even boots.

Same scanner, same personnel, just a different rule for a different day. So were they being safer at MDW before, or just lazy last Friday? And no “Perv-O-Scanner” either….. Just the magnetometer.

Now Dallas Love today?? Yerah, they had it cranked up to 11. But the dude that was telling folks what to do had such a strong “Island” accent that no one could understand what he was saying. Which led to a LOT of frustrations. There, I had to take my Laptop out and Place It In a Separate Bin…”Because we can’t see through it in your bag”. At least at DAL, they were pleasant. And, for TSA, efficient.

Of course, on Friday, the TSA at MDW decided to confiscate MC’s Tactical Pen, because, even though it is okayed under TSA rules, it was shiny or something. They’ve let her fly with it 8 times that I know of previously, but on Friday, it was verboten. She even pointed out that it was ok under TSA rules, but was informed that the folks in the field can override rules. I thought she was gonna get arrested, (actually, I thought she was gonna wipe the smirk of of the TSA supervisor’s face) and I pulled her away.

If Trump pulls funding for the TSA, I will support him 100%. Hell, I’d support raising the requirements to speaking good english and having to be able to read and write and speak on an 8th grade level. Did you know that having a High School diploma or GED is NOT a requirement for TSA personnel?

I couldn’t do this.

Not for a minute.

Should bow their heads and have a moment of silence:

The inventor of the red solo cup, Robert Leo Hulseman, has died at the age of 84

Without his invention, hundreds of thousands of women may not have gotten pregnant. and men of all ages would have been much more lonely.

“Whisper in your ear” the next possible opportunity.

If they are my dogs, and you shoot ’em, then your life is in danger.

And the Judge goes on the list too, if and when.

I can do it from up close, or from a fair distance away.  And no, I’m not bragging.

Cops can kill’em, but not without consequences.

They almost had the American Public under their control..until the INternet in the 1980’s and the gigantic growth of the World Wide Web in the early 90’s.

At that point, the News Media no longer controlled the news….Information got past them. They, in fact, became irrelevant a few years ago.

Which includes a “Ministry of Truth”….funding for a Propaganda arm of the US Government “Center for Information Analysis and Response”…. 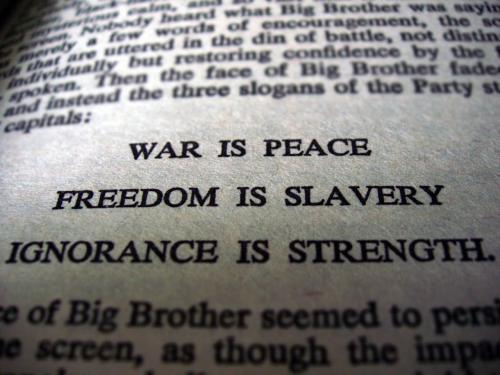 Has passed on to wherever old actresses go when they die.

Of course, I still think this was the best part she ever played:

From all accounts she “drove it like she stole it” for a large part of her life.

I hope she finds peace wherever she is.

to shoot them well, but still:

“Progressives” buying guns for purposes other than “sport shooting,” and doing so for the express purpose of defending against what they see as a potentially tyrannical government and the chance of civil unrest. Likewise, minorities are also buying guns, and for the same reason.


Millenials….they likely think they can learn to shoot well by watching a video or two on YouTube…..and that they can just pick ’em up and shoot well and accurately..Just like in the mooviees.

But higher? Anybody got any experience?

Seems that now that they won’t be the ones calling the shots, the leftists are learning that they are subject to the rules they imposed on everyone else.

All those folks who had to serve those whom they disliked, or disagreed with (think religious people who own bakeries) are smiling now.

And those who felt it was alright to tell the rest of us how we had to live and whom we had to associate with and do business with and such?

Yeah, They are learning a terrible lesson. .

Sadly, for them, too late. We’d been telling them about this for years….To deaf ears.

And I ate too much.

Today is just another day.