Via Insy comes this gem:

Worth the 5 minutes time.

Send it on to any budding liberal college graduate you may know.

They should be in fear that the crowds will overwhelm their meager protection and lynch them.

But luckily for them, we are well behaved serfs and we don’t do that.

But someday soon there will come a time when we all have a decision to make.

All have their advantages.

So I have the opinion, after reading up a bit on the prospective new Supreme, Ms. Sotomayor, that she is hand picked not because she is a liberal judge (although that is indeed what she is, and that is a part of her charm to the Obama Administation) but because she is an anti second amendment judge. Mr. Obama will find it hard to get legislation passed that is anti-gun both due to campaign promises and due to the fact that many democrats are now fully aware as to how important this issue is to their constituents (wanna get defeated? go for another AWB!). But she can be his backdoor attack on the 2nd ammendment. More than that, she can make lasting changes to the precedents used in the arguing of future attacks on our 2nd amendment.

As for Ms. Sotomayor, we can only pray for a miracle…..

It’s not like they teach history in schools or anything…..

Go HERE for a link that might amuse you.

It was a prayer oversight by the editorial staff.

And no, it wasn’t me who placed the ad….

You decide what to do with it. Donate, or not, the choice is yours. Buy a cookbook or not. Your choice. But read (and follow the links) and decide, please.

We have commentary from the advice goddess:

“There are no ugly women, only lazy ones.”

SO I am reading about Judge Sotomayor and her pros and cons. I haven’t had enough time to research her record, and so I will reserve judgment regarding her fitness as a Supreme Court Justice based on her judicial past.

I am, however disappointed in the response from the supposedly intelligent left and the media. A justice who has a “compelling personal story” and who “brings a Latina perspective to the bench” isn’t, in my opinion, a good thing. A judge, especially a SUPREME, should be able to put aside race, gender, and religious heritage, and make a ruling on the evidence before him/her, and the law as written, or based on the constitution. To bring anything else to the bench is to do the position, and ultimately, the country and it’s citizens a disservice. No one is above having biases. No judge is perfect, and all are human enough to let their biases affect their decisions. But a wise person who has attained a position in the supreme court should have the intelligence to put those aside as much as possible. Sotomayor has indeed told us that while she will try, her experiences as a Latina growing up will color her decisions. While I think it is admirable to admit this, it automatically negates her as a choice. I say this admitting that I could not (for may reasons) be a supreme court justice. I am too biased, and could not put those opinions aside to make the decisions as justice should. (plus I am not an attorney). But for a potential justice to freely admit that she will be biased is to remove yourself from the selection process.

I admire her honesty. I would hope that she is not confirmed.

But I am, admittedly, biased.

BTW: this is the oath that she will take….Can she uphold it? (emphasis mine)

“I, (name), do solemnly swear (or affirm) that I will administer justice without respect to persons, and do equal right to the poor and to the rich, and that I will faithfully and impartially discharge and perform all the duties incumbent upon me as (title) under the Constitution and laws of the United States. So help me God.”

Can she follow that oath, if she is to use her experiences as a Latina growing up in her job as a justice of the SUPREME COURT OF THE US?

“We cherish too, the Poppy red
That grows on fields where valor led,
It seems to signal to the skies
That blood of heroes never dies. “

ETA: AD gets it. He says it better than I can. 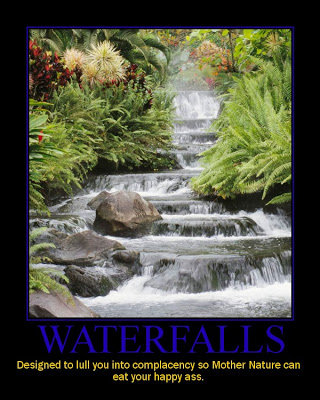 The reason for this holiday weekend.

Lets all take a moment to close our eyes and, at the least, say thank you to the men and women who gave their lives for the country. Without them, we might be speaking German, or Japanese. We might not have the country that we have now.

To those who made the sacrifice, and their families. I give you my heartfelt thanks.

And, should you encounter one this weekend; say “thanks” to a soldier too.