“The “A” in Biden stands for awesome”. 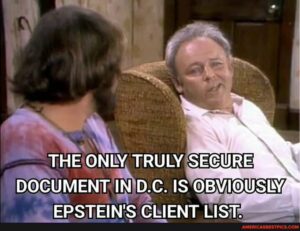 And no matter how the news shows it, using words like “disturbing” and “terrifying” and “graphic” to set the tone…..

It appears that Tyre Nichols coulda kept thing on a smoother path.

Apparently there is doubt as to the reason he was pulled over. But from that point, he escalated things.

I cannot speak to the kicks after (or as it was happening, it is unclear) he was subdued after running…..But there is no doubt that running and fighting the arresting cops (enough that they asked for backup) did indeed escalate things.

Seems to be a pattern with some black males. Fight the cops, struggle, and then something happens. Most could be avoided if they’d not play the stupid games.

Not exonerating the police, mind you, but it seems that the arrestees make their situation much worse. There is a lesson there.

Having said the above, I gotta wonder why the media is pushing this so hard…. It isn’t election time where the DNC folks need to rile up their Negro voters….I mean, it is pretty early for that. I cannot help but feel that if this had been a white dude or a hispanic, they wouldn’t be publicizing this. Someone is pushing this, organizing the “Protests”….But when they need it, they can always find a black make wo ran from police, fought and escalated things such that it ended badly for them to use as a focal point . And Social Media and the “News” organizations can do a lot to rile up segments of our population with half truths and twisted and sensational reporting….see the Kenosha riots and how they treated Mr Rittenhouse,  or painted George Floyd as all innocent….

I just wonder why they need an incident right now? What’s the end game?

Plus he had a sense of humor.

Was driving, and in front of me was a county cop. His brake lights weren’t working…he had a center light but not the ones on the corners of the car…so when we came up to the next stoplight, I flashed my lights at him to get his attention, got out and walked up to his window.

“Your brake lights don’t appear to be working, officer”.

He thanked me for letting him know. Told me someone else had already told him about it and he was en-route to the garage to have it looked at.

I couldn’t resist though: “Imna let you off with a warning this time young man” I said with as straight face as I could manage, “But get those fixed, ok? I don’t wanna have to give you a citation”.

He laughed out loud, thanked me for telling him and for “cutting him some slack”, and I went back to the car.

The light changed and he drove off.

First he set himself on fire, now he clotheslined himself on a motorcycle…

Jay Leno, 72, breaks his collarbone by getting ‘clotheslined’ on his vintage motorcycle

Plus CNBC cancelled his series.

Having been clotheslined off of a motorcycle, I can feel his pain….of course, I was younger and didn’t break like he did. 24 vs 72 is a big difference when it comes to injuries.

So all five cops that were participating in the apprehension of Tyree Nichols are now charged with murder in his death.

Pulled over for Reckless Driving, speeding, and just plain being stupid, he then fought the cops and got a beatdown. He was combative with the officers after being pulled over, so much that backup was called. His beatdown lasted 3 minutes and ended him in the hospital, where he later died.

The original complaint specified ‘Racism”, until it was discovered that ALL FIVE OFFICERS involved WERE BLACK, just like Tyree.

Funny how that works, innit?

Act like a jerk enough that you catch the attention of the police, get pulled over,  combative, get “restrained and subdued”  get subdued and arrested. But at least it wasn’t “Racist Cops” this time…

Not what they tell you.

In fact, in Oslo Norway, there is a NEGATIVE sea level rise. A loss of about 1 foot per hundred years (this evidence is cropping up elsewhere too.)

The Climate folks are LYING. (But we knew that).

Who you gonna believe, that lying real measured data or those so called “experts”?

Someday, Climate Scientists will be reviled for their paid for Junk “Science”.

Seems that M&M’s have decided that their changing of the “SpokesCandies” to  be “Woke” and “Inclusive” in their ad campaign has backfired.

They are pulling the entire, decades old, well received (and effective) ad campaign because changing the candies to “woke” damaged the message and made people shy away. People don’t want their candies to be political, inclusive or sexual.

Funny about that. They took a well known, working ad campaign and screwed it up.

Seems that the Pritzker family is moving their gun museum to Wisconsin….and opening a shooting range alongside it.

Seems his brother Jennifer (Born James Pritzker)) is behind the move of the museum.

Strange that even his family doesn’t approve of his gun grab.

I mean, what with all the misplaced “Classified” documents found around Slow Joe Biden, I have a question….:

IS anyone, anywhere keeping track of these documents? When I handled (low level)   Classified specifications for Navy equipment many years ago, there were no copies able to be made, and they were signed out and in again. Making copies was, IIRC, a 10 year sentence if caught. And every page had to be accounted for..Every Single Page.

Yet, apparently, Joe Biden, from his Vice President days, just casually left Classified information laying around like used Kleenex AND NO ONE NOTICED that they were not returned….. Was no-one keeping track of these documents?

Apparently, the folks in charge of such things had a complete list of what Trump had been given (and refused to return)….was anyone keeping track of the documents that Mr.10% Biden had? Or is that only tracked when the President is Not Acceptable to the establishment folks?

Seriously, did anyone keep track of what Biden had? If not, why not? Or were these illegal copies?