This is pretty much the way it happened. And we all know how it ended up. And it
didn’t have to be that way, but that is the way the ATF made it go
down. Coulda been peaceful, but the ATF chose not have it be.  They could have stopped him on his morning run. But they didn’t.


And remember, after things went south, then the ATF and other federal agents made up all sorts of lies  …..For the children. and all that.

In the aftermath, the courts pretty much whitewashed the governments actions. No agents were ever charged with, much less convicted of, any malfeasance. Read the Wikipedia article linked above….it is pretty balanced.

I wonder how many of those “F” Troop boys can look at themselves in the mirror today, realizing that their actions led to so many deaths?

The initial raid happened something like this:
From Unintended Consequences:

February 28,1993
“It’s show time,” ATF agent Steve Willis said to the driver sitting to his left as the truck pulled up in front
of the door to the large complex. Willis was riding in the passenger seat of one of two longbed pickup
trucks, each of which was towing a gooseneck cattle trailer. He flipped the selector lever on his suppressed
Heckler & Koch MP5SD submachine gun from the semiauto position to full automatic.
The German H&K 9mm SD was one of the best submachine guns in existence. The integral suppressor
added weight to the weapon and eliminated the gun’s muzzle blast. Both the additional weight and the blast
suppression reduced the subgun’s recoil and made it one of the easiest-to-shoot full-auto weapons in the
world.
Henry Bowman, like most serious NFA weapons dealers, owned several 9mm H&K submachine guns. He
used these as ‘demonstrators’ for police departments, many of whom elected to order additional examples
after they had seen how well the guns performed. Henry referred to his suppressed H&K as his ‘girlfriend
gun’, because his girlfriends had always been able to roll cans with it or put an entire 30-round magazine on
a man target after only a few minutes of instruction and practice. The German-made weapon was very
popular with law enforcement on both federal and state levels, and was a much better choice for officers
with low gun skills than larger machine guns such as the Colt M16.
Above the four-structure compound, three Texas Army National Guard helicopters circled. One of them,
the command chopper, held Ted Royster, the head of the regional ATF office and the man who had
overseen the Lawmaster raid. Royster smiled as he saw that the news crews were in position. He noted with
satisfaction that the cattle trailers blocked the news cameras’ view of the front door. He did not want what
was about to happen next to be recorded on film. This’ll make up for that fiasco in Tulsa he thought
happily.
Up on the second floor of the building, Jaydean Wendel was taking a nap. She had just finished nursing her
11-month-old baby. The baby was now in its crib, and Wendel had dozed off in an overstuffed armchair.
Nursing always made her sleepy.
As the two trucks with cattle trailers attached pulled to a stop in front of the main building, David Koresh
opened the front door. He held his two -year-old daughter in one arm as he opened the door with the other.
Koresh was a slender, bespectacled man, cleanshaven and with a full head of curly hair which reached
almost to his shoulders. Koresh was thirty-two years old, which made him the same age as ATF agent
Willis. Unlike Willis, Koresh carried no weapons. He glanced up in the sky at the circling helicopters,
looked over at the two huge trailers attached to the pickup trucks, and grinned.
“Think you fellows brought enough pe-“
Koresh’s comment was cut short as Willis poked the 1 5/8″ diameter muzzle of the suppressed machine gun
out the passenger side window of the pickup truck and squeezed the trigger.
Like virtually all members of tax collection departments, and the vast majority of law enforcement
personnel (other than the FBI and Secret Service), Willis had minimal skill and experience with firearms.
He was further hampered by the somewhat awkward left-to-right shooting position inside the cab of the
pickup truck. Finally, Willis made the mistake common to people whose real-life experience with machine
guns was largely limited to movies and comic books: he assumed that since he had a gun that fired twelve
bullets per second, he could not fail to miss a man’s chest at a distance of ten feet.
ATF agent Willis was excited. He hurried the shot, and he did not push against the weapon as he fired to
counteract the muzzle’s slight tendency to rise and move away from the shooter’s body as the gun chattered
away on full-automatic.
The first shot of Willis’ eight-round full-auto burst hit David Koresh in the left side near his waist, also
clipping his wrist. The second slug was twenty inches left of the first and a foot higher. It hit David
Koresh’s two -year-old daughter in the center of her chest, killing her instantly before exiting out her back
and slamming into the far wall inside the building. The third bullet smashed through the doorframe just to
the right of Koresh, splintering it. Shots four through eight stitched a rising, angled pattern of holes into the
outside wall of the building.

Buy the book to read the rest.

And remember those people for the next 7 weeks.

Seems that, somehow, the emails that were supposed to have been lost were located……Because someone asked the folks who keep the backup tapes where they were….

Of course, I am sure that the emails and the backup tapes have been scrubbed of all incriminating evidence…I mean, there has been enough time for that to happen and all…

Why are the Republican such cowards?

Here is a list of who voted and how they voted.

Spock has passed into the great beyond.

The bullet is the part that comes out of the gun at a high velocity….You know, the projectile….. The entire thing, case, powder, bullet, primer is a cartridge.

Even when found in a school.

(Plus, placing the schools on LOCKDOWN? Really?)

The educational administrators must be total idiots.

Add in the fact that the police chose to bother to do a search. Unless it was just a chance for overtime or to use their Autoriteh!

At least the administration is admitting the plan…..

So is this the people already here illegally or does it include the entire fucking planet outside of the US borders?

The Law and Order folks in New Jersey aren’t as stupid as we make them out to be:

Never should have been brought in the first place….a 300 year old Flintlock?

Everyone needs a dosimeter.

On the DHS funding/Immigration defunding bill.

Do what we elected you to do. 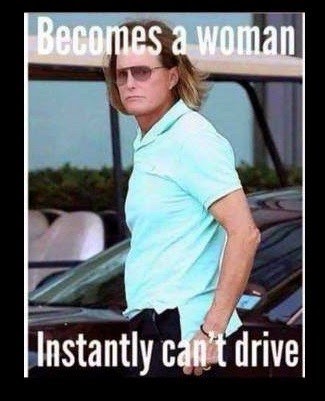 It were found HERE