So again, we see cops get away with killing someone they shouldn’t have….

I find it odd that all four sources of video…. the 2 dashcams and the 2 bodycams all failed to work or were somehow turned off…..and that the cops testimony weighed more than the other eyewitnesses….and that there were no charges brought at all….

Were that my father or my kin, I think that my “favorite sister” would “whisper in the ear” of those deputies.

Seeing as how the Justice System has failed…..

Was it the Blue Wall that let them get away with it? Or something even more sinister?

I mean, it could happen as they left their house….up close, or from 500 yards away.

One might wonder…will the deputies be found in their car on some rural road…..a .22 caliber hole behind their left ear….?

Hate to think that someone would go vigilante and such. But if there is no rule of law, then there are no rules, period….. and that can get messy.

If that had been you, or me, instead of those deputies, we’d be in jail for murder, or, at the least, manslaughter.

Any cop who can justify the actions of these officers should not be a cop, and is no ally of mine. He is, rather, a threat.

Something to think about….

Were I William Jefferson, I’d be worried….. 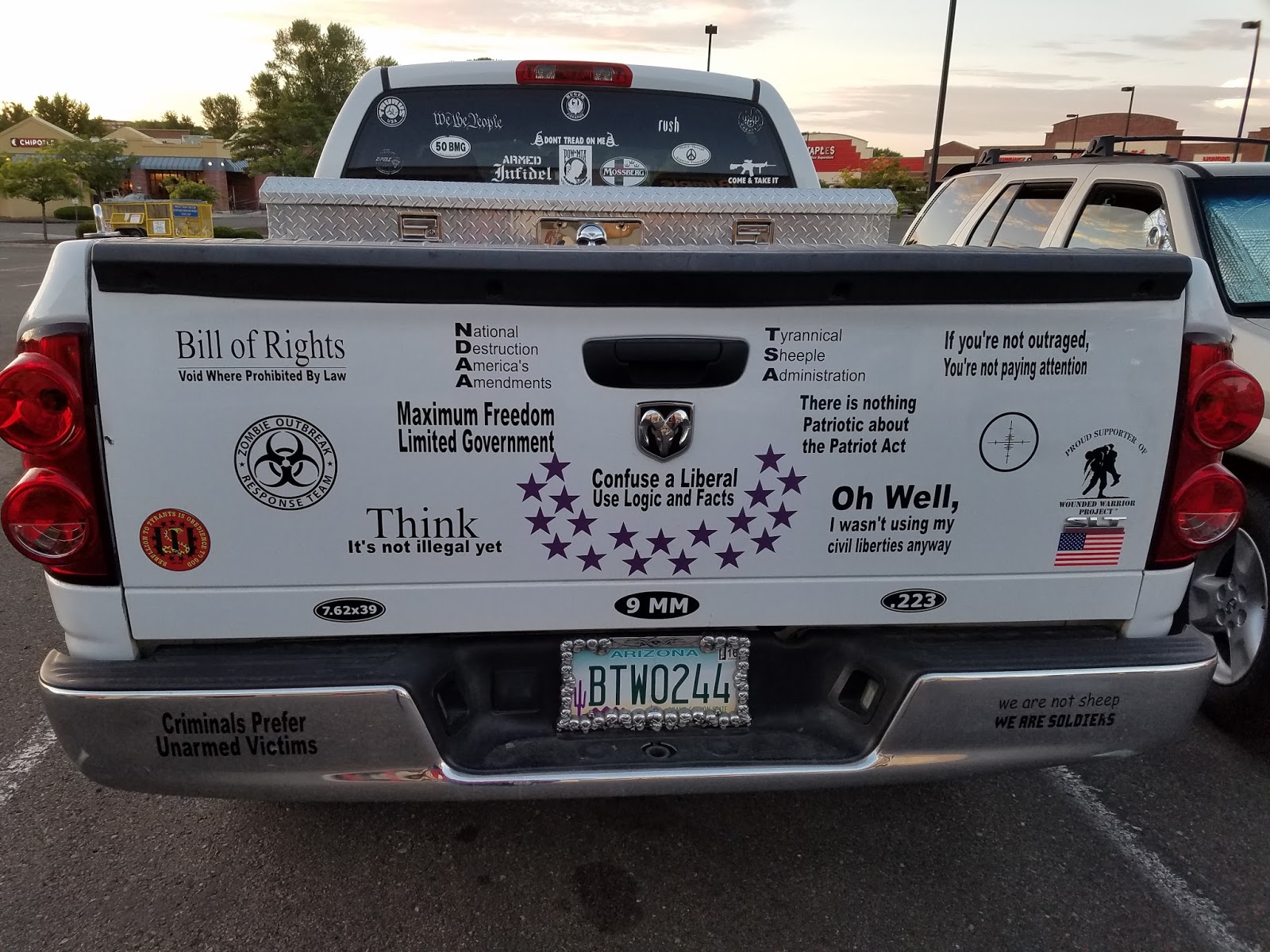 If the TSA doesn’t screw you, then the airline does.

Nearly 3 inches of rain in a day. 2.6″ of that in an hour last night. Gotta love those heat and humidity fueled thunderstorms.

At At least the roof is clean though.


Where are the FBI resignations?

(This is why I say that when the time comes, the FBI, the Police and others will, of course, just follow orders….no matter what they might entail.)

So for the past two elections, The RNC has told me to be a good boy and support their chosen man in the interests of Party Unity.

So I held my nose and voted for McCain, and then Romney.

But they let Ted Cruz open his mouth and give a speech…and he didn’t endorse Trump. Why, exactly did they let him have stage time?

More importantly, the RNC has chosen not to support Trump…..Not really.

So when it is their chosen, I and the rest of the members of the people that are the RNC supporters are supposed to fall in line.

But when it is the people’s choice, the RNC doesn’t have to do the same?

Just in case you missed it: