Can be found HERE and HERE.

On the first: It’ll never happen until AFTER the election. Then it will be a fight in congress….Depends on how the House and senate come down.

And on the second: For all you folks talking about how we have to elect Mittens to keep conservatives on the Supreme Court…Who appointed Scalia?

It’s gonna come down to either use ’em or lose ’em. If you think you’ll hide ’em or bury ’em until “the time is right”…..The day you decide to hide ’em is the day you should decide to use ’em.

If you are behind the curve and haven’t bought any ammo for a stockpile, you have a few months left, but you’ll pay dearly for the failure to stock up months and/or years ago when it was cheap.

Me: I think I’ll just stock up on more primers and powder….and other such things while they are still unregulated.

I’m not the first to say it, but I doubt that I’ll be the last.

They will never stop trying.

What are ya gonna do?

Too many of them.

The press will cucify you if you do anything to an ethnic minority…How do you defend against this?

Allow only white people in the store? And them only 2 at a time? Racist.

I’m not so sure that I’d have locked the door though. Not sure I want to be inside the cage with these animals.

This is coming to every “blue” city sooner rather than later.

Chicago is just bluer than most…..And slightly ahead of the curve…. 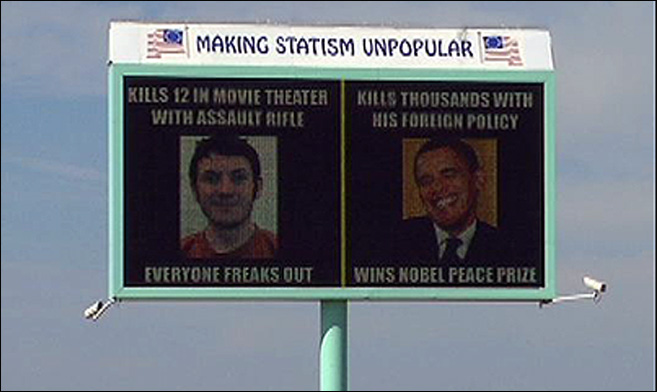 Come what may, The Canadians are gonna sell it to someone, ay?

So it seems that Fridays just aren’t my day.

Clean my pockets of assorted stuff, disarm, etc. take the dog out for a bit of exercise and to do her business.

At 4:43 pm, I get a call from the chick who owns the lawn mowing business. Good news: she is insured…..

Bad news. She hit a rock with the mower and tossed it into the back door. Broke the window…

On a  Friday night.

No one around here has a board-up business that will come down on a Friday evening. Who you gonna call?

Yeah, I thought so. Barry’s folks at the White House switchboard were once again less than helpful. I left a message, but he hasn’t called me back, not has anyone else from the government.

Guess who disappointed his lady and didn’t grill her the wonderful t-bone she had been promised…with thin sliced mushrooms sauteed in bacon fat and butter with onions just slightly carmelized…Served with a baked potato with cheese and butter… and fresh green beans? With ice cream for dessert….

Yeah, she didn’t get that, ’cause I had to go back to my business and make the door safe and securable for the evening. Clean up the glass so no one could get hurt, so I didn’t get sued in case some asshole was wandering around with naked feet or something after dark or whatever and I left a hazardous area…. So we decided to support Chick-Fil-A instead since by then it was 7:30 after we had cleaned up the mess and made the door secure and safe. So another 14 hour day. And another disappointing evening for my girlfriend. And more time spent making my business run.

But I didn’t build that. Nope, not me.

Not counting low volume calibers like 45-70 or 7.5 Swiss or others like that. Plus we purchase .22 by the brick. Most of it goes into a backstop after punching a hole in some paper.

I just took delivery of 5000 .45ACP 230g jacketed round nose bullets. Waiting on my gun club to get some more primers in so I can reload them into cases I already have prepped.

So what? The shooter in Aurora didn’t use all 6000 rounds he had anyway. But the press and the anti-gun folks (but I repeat myself) are decrying the fact that he purchased that many rounds online. Big deal over nothing, really. But it is a way to make their argument against ammunition sales.

My rifles and pistols haven’t killed anyone. Those rounds haven’t magically moved from the ammo cans to the magazines, nor into the chambers of the firearms.

These “rounds” purchased online didn’t do that in Aurora Colorado either. They were, actually, pretty inert.

The guns didn’t magically point themselves at people and fire either.They didn’t hurt anyone….

Until they were used by the perpetrator to punch holes in people rather than into paper.

This dude would have/could have used bombs if he hadn’t had access to firearms. Off the top of my head I can think of at least 6 types of things I can make from items at a Wall Mart, Target. Lowes or Home Depot. And I could purchase items usable as shrapnel there as well, And containers for the devices. But I won’t. I don’t wish to hurt anyone.If I knew someone was buying those items for that reason, I’d do something to stop them.

Yet I hear no outcry to ban those items (you’ll have to guess, I ain’t putting any recipes out on the internet).  There are How Many? chemists and chemical engineers in this country? Most could do a better job than me at finding good recipes for such things. But they don’t either.

And I have no plans to do anyone any harm…nor do those other folks who know how to but choose not to.

Take a pickup truck, load bricks or stone or concrete into it drive into a crowd and you can hurt many people too. The heavier it is the more damage you can do. So what? I see no waiting periods for, or limitations on who can buy, heavy automobiles. Nor on horsepower.  No calls for bans on big trucks nor weight limitations.

The thing is, if someone wants to hurt people, they can. And no laws will prevent it.

Deal with it. Avoid places which make you a victim/target. Keep your guard up. Have a plan to bail out if needed. Leave early if things look wrong. Avoid the rush. There are Bad People out there. Expect it.

Hope you are elsewhere when/if.

But be ready “when”.

Was this another conspiracy, much like Fast and Furious, that just got out of hand?

Was this guy in Aurora CO encouraged by some three letter federal Law Enforcement Agency and then perhaps not stopped in time or abandoned without any followup?

Stranger things have happened, and the veracity and competence of our current federal LEOs is becoming ….laughably obvious.

Alternatively, if you have your tinfoil hat on shiny side out, is it possible that someone encouraged him to do what he did just so that they could push for more gun control?

Sadly, and disturbingly, I cannot discount any of the above with the people in charge right now. I’d like to believe that out sworn officers would not participate in such a thing… and allow people to get killed just to influence public opinion…..but recent history (Fast and Furious and others) has shown that it is not outside the realm of possibility. As is the coverup once things go southward. We might never know….

Looks like an excellent reason for the second amendment.

It seems the citizens have reason to believe that the police are out of control.

But again, like the battle of Athens, there is a reason that the founders wanted their citizens armed,

“and its funny how when you go eat with cops, soldiers or other like-minded people they all want to sit in the same place.”

Most of this I already knew, and I practice a significant part of it every day whenever I leave the house. .

You can’t be in condition red all of the time, but you can pay attention and plan for such things, which will give you a better chance than most folks.

Kirsten Powers today, on Fox News, said the “this (Aurora Colorado shooting) is the fault of the NRA. ” and “The NRA OWNS the Republican party and cows Most of the Democrats”

Really, Ms Powers? The NRA never elected anyone. It was the citizens of the United States who elected our politicians, be it Presidents (via the electoral college) the senators and representatives, and the local state level congressmen. The NRA is not allowed to cast a vote, only the members of that organization who are citizens.

If the members of the NRA look to that organization for information on those politicians before making their vote then that is too bad for folks like you. Few of the membership of the NRA vote in lockstep with any organization, but rather decide for themselves. Unlike SEIU members and others of their ilk, most of whom vote for whomever they are told to, most of the rest of us make up our own minds. If the protection of second Amendment rights are important to us and we choose accordingly, then that is our right.

If the senators, congressmen and other politicians fear the wrath of those voters who are second Amendment supporters, then that is a Good Thing from my perspective. It may be that there are enough other votes to counteract those citizens who express their opinion on the second via the ballot box . But obviously there are enough of us who vote that the politicians take note. The fact that the NRA is the single largest member organization regarding Second Amendment rights does mot make it powerful. It is, rather the members who do so.