he shows us his (or his staff’s) total misunderstanding of how the oil industry works, how the “supply chain” moves, and demonstrates again the ineptness of the Leftists.

Remember, he actively discouraged those oil producers from drilling in leases they already had secured and demonized them..

Now he wants to change the rules and tax the oil producers on wells they have not opened for production and leases that they have not yet drilled upon.

Funny, innit, how one minute Big Oil was the enemy for pumping oil, then when the price of oil led to Pain at the Pump, they were demonized for not producing enough.

The ever increasing stupidity of the leadership at the white house (and I don’t men our Potato in Chief) is becoming frightening….Surely the had to know that higher oil prices would be the result of their policy, right? And that the American People would be unhappy with those higher prices? And that that would affect them in the elections? Have they so little foresight? Or does their ideology blind them to everything until reality strikes them in the face?

And now he is releasing 1 million barrels Per Day of oil from the Strategic Petroleum Reserve to combat high prices….which is not, I believe what it is designed for. (nor will it have much impact on fuel prices). I just don’t see where releasing nearly a third of the SPR will help keep the Country safer or more able to be self sufficient if we have a war. But that seems to be the DNC goal…weaken the US whenever possible.

Of course, if he and his people would not have made all those changes from what Trump did, we’d not have such high prices….But they let Ideology overcome common sense. And now it is biting them in the ass. They know they are gonna lose big in the upcoming midterms and are flailing about trying quickly to fix that.

So UPS has had a package for 4 business days now. Coming from Chicago to NW Indiana. (less than 60 miles) Shipped Friday. Was supposed to be here Monday. “Out for Delivery”. Then on Monday it was “delivery by tomorrow 7:00 PM”. Tuesday came and went. Delivery was rescheduled (again!) for Wed by 7.

I called them this morning and they assured me it is, rilly-rilly, fer-sure this time, actually on the truck.

I coulda WALKED there and back to pick it up by now.

Good thing I didn’t need it right away.

ETA: It arrived TODAY, Friday April the first. A week to go less than 60 miles.

Bullshit. We should be getting a refund for the first round and the second round that didn’t work beyond 120 days.

Like BLM or the other Black Lives stuff…Call it “Crackers for Peace” or “Pale Folks for Decency ” or something.  Gotta find a name that rings with the Liberals so they will donate….Maybe “Decent Folks Care”…. Something that contracts like FJB or LGB,,,

I mean, I could use the money….I got guns to feed and a plane to fuel….

Boston BLM activist charged with…..(you can guess if you bother to try)

I wonder how low a percentage of the BLM donations actually went to something that might have actually helped the Black Cause rather than enriching everyone in the chain of BLM organizations. I mean, they took in MILLIONS, yet they can’t fix the issue of culture and crime with just money. ….But they sure can live high while the money lasts, can’t they?

I would like to believe that somewhere in the BLM movement there are decent people trying to Do the Right Thing, but more and more it looks like it was just a license to steal. …from their own “people”.

It is said that Joseph Stalin once stated: “Quantity has a quality all it’s own” ….meaning that large numbers of less well trained and/or equipped fighters can be an effective, if inefficient, fighting force, often able to overwhelm, if not outfight, a better trained or equipped one.

We are seeing the opposite today, in that the Ukrainian army is, if not winning against, is at least acquitting itself well against the Russian army…..which appears to be larger, but not as well trained, nor as well led…..They may well have MORE people, but the Russians do not appear to be winning as well as they should. Poor leadership, unmotivated troops, poorly maintained equipment, poor logistics…..poor performance.

Of course, the Ukrainans are fighting for their homeland, so better motivation may well play a very large part.

Indeed, it would appear that in today’s world, better training, properly maintained equipment (and a decent logistics plan) will win the day….as opposed to a largely untrained army with corrupt and inept commanders.

Get donors to give it money. Possibly give these donors some consideration in other business dealings since you are a connected government official yourself.

Spend most of the donations to pay salaries of the “Directors”…many of whom do little or nothing for the salaries…but who are connected and often influential government people or other powerful and influential folks. Plus, of course, your family members.

One hand washes the other, as they say….

Look at how well it worked for the Clinton Foundation in Hati….. 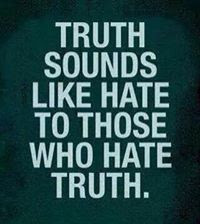 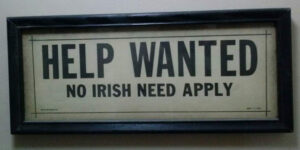 CNN (was) biased. Extremely so. But for the most part, they either told the (slanted) truth or simply did not report things when it made the Left look bad.

Today, and for much of the past 8 or more years, the NYTimes and most Major Media (CBS/NBC/ABC/LATimes, etc) have spouted outright lies (See also the Biden laptop story (“Russian Disinformation!”), the “Steele Report”, Hillary’s private server, Trump’s taxes, etc) in order to make the DNC and the Biden administration look as good as they can, and any opposition look as bad as they can portray them.

There is a difference between “Biased” and “Lying”. Slanted news is nothing new. Outright lying seems to be a new phenomenon.

How much information, data and Truths have been suppressed by the Media? How many “Conspiracy Theories” have become facts in the past 3 years?

I fully expect that the Left and the Media (but, again, I repeat myself) to call for Supreme Court Justice Clarence Thomas to resign.

Why, you ask? Because somehow the Jan 6th investigation “turned up” texts and possibly other communications between Virginia Thomas, (his wife) and Mark Meadows, Trump’s Chief of Staff.

Bet on it. They will use this as a wedge issue to attempt to pry Thomas out of his seat in order to appoint a more Liberal activist judge. I fully expect them to ramp this up as soon as the current confirmation hearing is over and a vote is taken.

ETA 11:30 Central: Well, that took less time than I expected.

Seems Trump is suing both Hillary Clinton and the DNC for their defamation regarding Russiagate.

He ought to include the “Major Media ” as well.