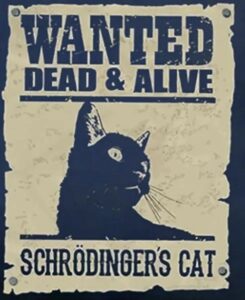 Not the State of Pennsylvania to pay for the bridges that are falling down….Shouldn’t it be the state that does the repair of existing bridges? Shouldn’t they allocate the gas tax money (57.6 cents per gallon) to fix bridges rather than liberal social engineering projects?

Thing is, that bridge has been neglected for YEARS…It didn’t decay overnight…..They didn’t fix it last time a Democrat spent big money on Infrastructure either. In 2009  thanks to Barry Obama there was big Federal tax money available for such repairs, but the Dems in Pennsylvania chose to spend their money on such items as footpaths and bike lanes and scenic overlooks and parks and such…..Not on such mundane things as a bridge….That bridge had needed repair for over 20 years.

This is a failure of State Government, not a lack of Federal Funding.

ETA:THIS is the mismanagement I was talking about

I toldya it was a bunch of hype over nothing with misinformation spread by those that knew nothing about either 5g or how radar altimeters work.

Despite the fears, the FAA has certified over 90% of commercial airlines. All the Boeing 7XX and airbus 3xx planes, and most of the other, smaller, regional jets.

All the hype and fears from the “experts”……A bunch of hot air (and outright fearmongering and lies) from people that know just enough to be dangerous and who talked just enough to show their complete ignorance. Adults, engineers, and people who actually knew what they were talking about understood that there would be no issues, those who knew nothing feared that there would be planes falling out of the sky.

The issue wasn’t one of interference, but rather incompetence by the FAA to certify aircraft before the rollout….The FAA failed to act until late in the game…Bureaucratic fail. But that is a hallmark of the Biden Administration, really.

Josh Pierson, 15 years old, is racing in the Rolex 24 at Daytona…he gets a waiver for his age and is driving a sponsored LMP2 car.

What were you doing when you were 15 years old. Would you give you the keys to such a car? (yeah, he’s been driving for a while, and of course, his white privilege in having parents that actually cared and were together long enough and all of that, but still…..)

He just drove in the 24 at LeMans as well.

Imagine, if you will, If a president, say Joe Biden, had stated that he would present a Supreme Court nominee to the Senate for confirmation and that the only judges he would consider would be white, and male, what would the Left have done? How loud would the outcry have been?

Discrimination by race, color gender, etc. is wrong, no matter who does it even when it is done to “level the inequities of the past”.

Except, of course, we hear no outcry ’cause Landon Eastep was white…..

Dude was tens of feet away from the cops. Armed with a boxcutter. While 20+ feet is not a safe distance, it isn’t a distance where nine cops need to unload into him either. (Just Like LaQuan McDonald in Chicago) Those cops were tried for Murder.

Now, having said that, neither Landon nor LaQuan were choirboys, and both were somewhat dangerous. Both of them had mental issues. But both were shot at a range of more than 20 feet multiple times, execution style.

The difference is one was white, and one was black. One was used to stir up black votes and black anger…and the other, being white, was not useful for anything. So his murder remains unnoticed and unheeded by the press.

Jonathan Finer, a White House deputy national-security adviser, was pressed on CNN yesterday about Ukraine’s relevance to U.S. national interests. “Why should Americans care about what’s happening in Ukraine?,” anchor John Berman asked. “Because it goes to a very fundamental principle of all nations, which is that our borders should be inviolate, and that our sovereignty should be respected,” Finer answered.  (bold mine)

Huh. Then why is the southern border of the US allowed to be so porous? Why are thousands of people each day allowed to cross the border and shipped to the interior of our country and then let go?

Look: I expect all politicians to be somewhat two faced, and further expect Liberal folks supported by the DNC to be liars to boot, but at what point is enough enough?

If border are important, then let us start with our own. And if they are not, then let’s not have Biden get into dick measuring contest with Putin, over  Ukraine,  where he is outmatched….

“there is a 50% chance of snow for Lake County Indiana until noon tomorrow….or not”

Hell, half the effort for that matter….

I mean, they could put a lot of gang members behind bars and probably actually DO something about the rising crime.

But despite it all, the fact is that a family now has to deal with the senseless death of a child. All the charges and convictions won’t fix that. It could have been avoided if the criminals had been in jail.

Of course the shooter and his wheelman each had lots of other crimes of violence…like carjacking and such. But they were out on the street because Chicago is soft on crime in order to be fair and equitable to minorities and all that other bullshit. And because they were out on the street a little girl is dead. And despite all the cries of racism and all that, we must face one fact: most (not all) of these crimes are committed by people with lots of melanin in their skin. Fact. Deal with it.

It’s almost as if the folks in charge want anarchy and lawlessness….they couldn’t do much more to make it that way unless they pulled the police entirely.

This is exactly what is wrong with Liberals:

The White House signaled Wednesday that President Joe Biden remains committed to nominating the first Black woman to the Supreme Court, after a well-placed source familiar with the matter told CNN that Justice Stephen Breyer plans to retire.

But when the most important thing is Gender and Race, then your priorities are wrong.

First thing I want is a judge, especially a supreme court judge, that is competent…then one that is not activist (neither for the Right nor the Left)….one that applies the LAW, and the Constitution….then, and only then should her or his ancestry and plumbing become important. Things like religion and sexual preference should not matter at all, as long as they can apply the law and the Constitution.

But then again, I am not a Liberal, so my thinking isn’t colored by emotion and overshadowed by things like race and gender….

ETA: For an example of why putting Race and Gender over qualifications and competence, take a look at the mayors of Blue cities…Chicago, New Orleans, Detroit, etc. They all had “underrepresented Minorities” pushed by the Liberals…financed and essentially elected by those Liberals….and now they are shitholes or on their way to being shitholes. Financially socially and crimewise, they are failing…the citizens betrayed so the Liberals could get a Black Man or a Woman or a Black woman or a Gay woman (all that seemed to matter was one of more of the correct boxes could be checked….Competence came third or farther on the list of qualifications…. Apparently we have a similar situation here with our soon to be appointed Supreme Court Justice.