So the instructor who taught me my twin engine stuff asked if I could take her to the range and let her shoot.

Of course I would.

Schedules took a bit of time to mesh, but we did make it work and met up at the range.

A short, but thorough,  safety lesson and some instruction on the parts of a pistol and a revolver, and we went into the range inself.

We started out with the Colt Woodsman, but it decided to be finicky (it does that at random times, never been able to fix it) , so we moved to the GSG/Sig 1911-22 and then the Buckmark with the red dot.

She did well, and wanted to try more, so then we moved to a P238 and then a Shield in 9mm….she liked the Sig but not the Shield.

Out of time, we cleaned up and left the range.

She wants to go again.

One more person who, if not pro gun, isn’t gonna be anti-gun.

Apparently Google does not like all the Blogspot blogs. I get a warning about “Phishing” from all of the ones in my sidebar

You’d think that Goggle would not let that happen…..

I mean, we see on the “NewZ” how hard (and for how long) the Federal and State Law Enforcement folks are working on identifying and finding those people who expressed their outrage at the results of the elections on Jan 6th at the Capitol.

In fact, it shows that, given enough time, the Law Enforcement folks can find nearly anyone.

But it is a shame that they haven’t spend as much time (or effort) finding those people who, 6 months before, were buring, looting and killing others in the BLM riots, often with better data to work from (lots more videos and photos on Social Media, and ususally lots more professionally shot video, as well as cell phone records and such)…yet the FBI and other agencied DID NOT EVEN TRY to find THOSE criminals….The word was that they could not identify people with the information they had…..but that is the same info they are using to go after anyone within a mile of the Capitol.

Why did the law enforcement folks not apply the same level of sleuthing to bring the people who caused Billions of dollars of damage to justice? Why ahven’t they used cell phone records and video to find, charge, and prosecute those (mostly peaceful ) leftist folks in Portland, and other cities who trashed Federal Courthouses? I mean, they have the same level of data to work with….

It would almost seem that there are several levels of “Justice” being applied here….

Funny how that works, Innit?

While it is often hard to discern malice from incompetence when it comes to government workers, sometimes things are pretty blatant:

So CBS this morning (I watch the local CBS affiliate in the morning for the local weather) just keeps pushing the “Despite what Ex-Preisdent Trump says, the election was not stolen” meme….nearly daily.

Now, I’m not convinced either way. I do know that the attempts to audit the electioncounts ahve met with resistance, and that the courts refused at the time to allow recounts due to irregularities….citing all sorts of reasons to not force a check, none of which were, in my opinion, valid….Why not do whatever it takes to ensure election integrity?

But the Media keeps telling us that:

There was no fraud, None. Zero.

The allegation of fraud were investigated and found to be invalid (wrong, there were no larger scale audits).

That the election has been investigated and settled (again, a lie) and the “courts have settled it” .

Allegations of election fraud have been proven to be a lie (no proof has been produced because no audits have been done and, really, no investigation was done either)…the couts have, instead, said  that because there was no proof there was no need for an investigation)

They never, ever, fail to refer to the election controversey as a “Lie”.

And it isn’t just CBS….it is nearly every mainstream Media outlet that does this.

So I met a person today who was virulently anti gun.

“you people with guns are the issue, you folks prevent us from stopping gun violence”

“Gun violence is prevalent and is a scourge on our society”

“I carry a gun so that I can PREVENT gun violence…or any violence….be prepared for situations where I might need to stop a threat from someone intent on doing harm to me or the people with me”

“You are a fool…the chances of that happening are nearly zero”.

“So which is it? If gun violence is prevalent then why are the chances that I might need a gun nearly zero?”

Do these folks even listen to their own dialectic?

Even the liberal publications are noticeing that there is very little Science” in the current Covid response. 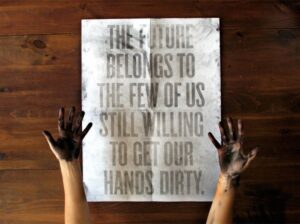 (Ok, not really an oddity)

So it would seem that two “aisian women” were attacked when they closed their liquor store.…a man came in and beat them with some sort of brick.

Now, This is not that unusual, really. Crime happens in the big city all the time. The Media, of course, is quick to point out that this is “Asian Hate”….which it might well be….again, the fact that some parts of our citizenry dislike the Korean and vietnamese shpokeepers  in their neighborhood is nothing new…..also the folks from India and Pakistan as well.

The inconsistency is that the Media, while quick to point out the race of the victims, does not tell us the race of the attacker….whio is black. (over 85% of the perpetrators of this sort of attack are black).

It is almost as if they were hiding it or something.

‘Cause he was white….no one cared all that much.

So this dude in Porter County, Indiana got crosswise with the local county po-po….and eventually ended up shot and later died.

No protests, no demonstrations, no riots, no looting, no burning. Dude was apparently a less than stellar individual, who was well known to the cops. Created a disturbance, got the cops involved, fired a shot and hid in his home. When the cops entered, he was holding a firearm and was apparently ready to use it on the cops…..it ended predictably.

And it didn’t make national news, apparently because he was white, rather than more melanin enhanced.Fucked around and found out, essentially. The Media didn’t make a big deal about it, and, other than his immediate friends and family, No One Cared. Where are the Social Justice warriors? The calls for the dsimantling of the Porter Country Sheriiffs office? The cries of Racism because the cops shot a man who can’t follow the rules of society?

Funny how that works, innit?