Now the stuff may be recalled:

Our ancestors would ahve tossed the folks running the government today into jail, or tarred and feathered them.

If they didn’t use some lampposts to check the tensile strength of some rope….

How many liberal, progressive, gay, DNC supporter owned businesses did the same?

Forget the fact that most of them were stranded because they waited until the “goberment” told them to go home, or were too stupid to move their cars over to the side of the road and WALK to a safe place when the roads were clogged (Jaysus, it was 10 degrees with almost no wind)…forget that they have supported politicians that chose to have little or no storm preparation for a well forecasted weather event (anyone with access to a national news station knew, if they were paying attention, that there was going to be a winter weather event in the greater south)… Forget the fact that very few were smart enough to plan ahead and depended on someone else (that government, BTW, failed in that mission) to see to their security and well-being.

I’d like to see one…just ONE example of a liberal leaning, or a gay owned, business which chose to help stranded commuters in the way that the Chick-Fil-A chose to.

I mean, really, if 2 inches or so of snow can paralyze the south for more than 24 hours, what’s gonna happen when the SHTF?

I mean, really, have they become that soft and reliant on others?

And when he said it, didn’t I see all the members of the House and Senate gleefully clap in approval?

So in his SOTU speech he said:

Except he and his minions did everything they could to PREVENT any new energy sources from happening.

None of the new oil or gas fields came about form any actions of the federal government…in fact, they were a hindrance to the process.

But then again, the truth is not something which Barry has to deal with often.

But apparently it is “snowing” in the Caribbean too.

Just like those collars they put on bears and tigers to track them…..

So folks in Ukraine got a warning message the other day:

“Dear subscriber, you have been registered as a participant in a mass disturbance,”

Seems obvious in hindsight, doesn’t it?

I mean, how hard is it for the government to ping your cell phone and find out where you are? And if that phone were where a protest was, at the time that the protest was happening, then likely YOU were there too. Bad bad boy….Here is an IRS audit to make you behave better next time….Or maybe a visit from the Authorities….

We voluntarily take a device with us that can track our every movement….in a city, even down to feet. And even if we “turn off” the GPS portion of the phone, it is easy for the authorities to covertly turn it back on….

Hint: If you are going to a mass protest, LEAVE YOUR Cell phone at home (your everyday one that is). If you gotta carry a phone, get a “burner phone”. Protip: NEVER EVER EVER have both your personal everyday cell phone and your burner phone on at the same time…Never ever even have them within a mile of each other (farther is better). Should anyone (*Cough* NSA!!*Cough*) care enough to look, the fact that they are both co-located will be evidence enough to link the two together. In fact, it is best if you never have them in the same area at the same time ever….Leave your personal cell at home and drive to the location where your burner is….move farther before you turn it on. (This includes when you buy it and activate it for the first time….and even when you buy minutes for your burn phone……don’t even have your main phone with you. Leave it at home, and buy minutes as far away from home as possible.

Seriously….do you think that the NSA (or the FBI) has capabilities that are any less than the government of Ukraine?

Remember, your phone “pings” the network several times a minute, active call or not.  In the countryside, this will lead to a location error measured in a few thousand feet….maybe more in an area where there is only one tower…But in an urban area, they can track you down to within less than 50 feet using adjacent towers to triangulate. And that is just using the cellular network…Using GPS, they can read your location to (sometimes) as few as feet. Yes, to less than a 10X10 area.

So if you want to go somewhere that the feds might not approve of, like, say, a protest against the government, LEAVE YOUR PERSONAL CELL PHONE AT HOME.

If you feel the need to communicate with others at the protest (or whatever you are doing to piss off Big Brother) then either use a burner phone that has NEVER BEEN POWERED UP WITHIN A MILE OR MORE OF YOUR PERSONAL CELL, ever, and has never been used to call anything but the other burn phones of your group, (and those phones also have to follow this rule or you are screwed) or find another means of communication…like say, THESE (buy ’em through my link on the sidebar so I get a commission, if you please) or other low powered close range communications devices…. They are cheap and they work well….but be careful what you say….they are not hard to intercept. The one advantage is that, unlike the cellular networks, they are harder to simply turn off….although they can be jammed.

Either way, if you are doing ANYTHING that the feds might not approve of, or meeting with anyone who could perhaps be linked to anything that the FEDS might no like, then turn off and leave your cell phone at home.

*If you are gonna go to a protest and you fear retribution, you have to ask yourself beforehand…”Is it worth it?”  Decide before you go…..And realize that with modern hi-rez photography, if you show your face at the protest you’ll likely be recognized by facial recognition software…..If the feds/NSA/FBI/Obama Administration care enough to find out who was at the protest or other proscribed activity….

Am I paranoid? Maybe……a better question is AM I PARANOID ENOUGH? Recent revelations by Snowden and actions like those of the Ukrainian government make me wonder….

The sad part is that these actions can no longer be considered impossible. I was raised believing that the Constitution allowed us to protest (peacefully) and that the government wouldn’t/was prevented by law from doing anything about it.

But today, I no longer believe that to be true. That which once separated us from places like Ukraine, or the Banana Republics no longer is in force, if it still exists at all. 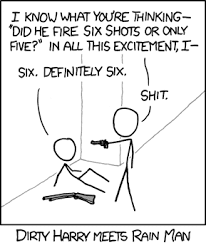 Can’t remember where I found this….if it’s yours, let me know so I can give credit.

That’s the prediction for the next few days.

I bet I meet a bunch of truckers that aren’t smart enough to buy a $25 bottle of fuel treatment and add it to their fuel. They’ll gell up and then bitch about having to be towed (circa $800) and then be charged another $500 to have their fuel treated and their fuel systems purged of the gelled fuel after being warmed in a garage.

Or, we will have a few whose batteries are marginal on a warm day, who will bitch that they have to pay about $400 to have someone come out and start their trucks. But it only costs about $300 for a set of batteries that will likely have enough reserve power to start a truck on a cold day…..if they treat their fuel. And they still won’t buy new batteries afterwards.

Fools. Penny wise and pound foolish. You’d think that they’d learn after many years on the road…..But they apparently can’t.

But hey, we don’t mind taking their money. Lots of overtime and lots of profit.

Likely, someone who fails to do one of the above things will have serious frostbite from staying a cold, broken semi truck. Likely from not having a decent set of winter clothing. Happens every time we get some bad weather.

Cheapness will get you.

Me: The truck (a diesel) is full of treated fuel, and I am positive that it will start at colder temps than this. (If I bother to shut it off….it only burns about 0.4 gallons an hour). I’ll leave with gear that will enable me to walk to safety if I should need to.

Stupidity should hurt….and in this case, it’ll hurt your wallet.

I am, however, growing tired of all this global warming. I am running out of places to push and pile it.