“Pay their Fair Share of taxes” I wanna hit ’em in the kneecap with a ball-pein hammer.

I’m sure it sounds good, but it isn’t the truth.

When I sold my business, I paid more in taxes, after 20+ years of hard work…in ONE year…. than most people pay in a lifetime.  Anyone who sells a business will do the same. Anyone who does well in the stock market pays HUGE taxes. But they get accused of “Not paying their Fair Share” and the Democrats want to raise taxes AGAIN….

Fair share my ass. They aren’t paying their fair share. A rich person pays more in taxes than a poor person. A rich person likely uses less police, gets no free anything from the government, and gets no subsidies…. plus pays a much greater amount of taxes. Why should he/she pay a greater percentage of their income if they are successful than some schmoe who isn’t successful or doesn’t even try?

If the Feds need more money they can stop spending so much on people who choose not to work, who squander their money on drugs and cheap fashion, who reproduce willy-nilly (and often without a [email protected])…stop spending money on “green” bullshit that enriches already rich people and corporations…Stop giving billions to people who cross our borders illegally and live here illegally….and stop sending money to Ukraine (and lots of other countries) where it is unaccounted for. Keep it at home.

But if you say “fair share” I’m gonna find you and throw up in your lap.

I swear, if Joe Biden (or folks of his ilk) were on fire at my feet, I’d not unzip to put them out.

Does anyone know a relief organization that I can donate to where the majority of the money will go to relief of the poor folks affected by the earthquake, and not be mostly siphoned off in graft and other payments? Where the money will get to those who need it?

If so, feel free to tell me in comments.

I just don’t wanna donate and have all the money disappear as it wends it’s way to those who actually need it…..I don’t wanna enrich some government officials that don’t need nor deserve it.

(Or use it as a drinking game) 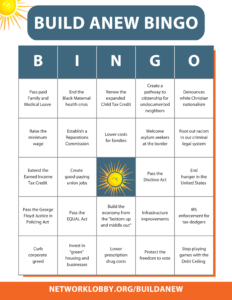 And what they are finding is pretty bad:

It appears that there raw data would indicate that the effectiveness of the Covid shots is effectively zero.  Repeat: the covid shots made no difference in the amount of people dying from covid.

Further, it appears that the Covid shots actually may have caused greater death rates.

Even further, it may well be that the deaths from “Other causes” in a normally healthy age group may have gone up by as much as 40%.

(follow the links, she has lots of links to show her work at her blog…..)

There should come a day when the people who foisted this “Vaccine” on the US, and who made Covid a reason to damage the world’s economy (and cultures) for profit are hanged from lampposts. I mean from Fauci to the pharmaceutical companies to the health boards and their advisors who pushed this with absolutely ZERO data….they all should be tried and sentenced.

If yer not reading MC daily, yer missing out on a lot of this sort of stuff.

They sold me the wrong Powerball tickets.

who had been deported several times.

Legal to defend oneself and one’s property in Arizona…

Yet he is being held on a Million dollars bail. For defending himself, his family, and his property. Of course, if we didn’t have porous borders, then this wouldn’t have happened, would it?

I guess the judge is a Liberal.

In a just world, his neighbors would storm the jail and release him.

The folks who hate Trump and/or defend Biden compare things in the past to the present.

On the one hand, we have the folks (like me) who said that this sort of thing would likely not have happened  (at least not as far as this one went) when Trump was in charge. Then again, we have the folks who can’t wait to prove that wrong….Even quoting articles such as this one, that tries really really hard to show us that it did happen and that we can’t trust anything Trump says.….but really says….nothing…at least nothing beyond the headline…which has no real basis in fact. No dates, nor examples of incidents, just innuendo and supposition. Not really anything we can trust there. (But that is what “Forbes” has become in the past 8 years)

These incidents may well have happened in the past, but were they so blatant… did they go across the center of the country….or were they just around the edges//at the borders? Were they tests of our national resolve and the the guts of the president, or were they tests of equipment and not a provocation? If, as is claimed that there were other incursions of our border by surveillance balloons…then please, tell us when, and where.

Of course, if you are quoting articles from Forbes such as this, then yer still suffering from TDS….and if you are using that to defend Biden then your defense is made of paper.

what if the “Chinese Balloon” had carried a NUKE?

The EMP would have set it such that we would be pretty much shut down as a nation. No telephone, no internet, no cell phones, nothing.

And Biden and the Air Force failed to even try and stop it.

I mean, WTF? Forget the spying aspect. The other security aspects of the failure to stop the thing are incredible and demonstrate an epic failure here.

And, as ERJ NOTES, until Biden was prez, no other president has let the CHINESE fly unmolested over the US.