Some beautiful Old Iron at the car show. This was the stuff that interested me, the older stuff.  Real cars for folks who, at the time, were stinking rich. Rare and interesting autos. This is just a sampling. There were hundred of cars for me to lust after. Stutz’s, Auburns, more Cadillacs and Packards….The FIRST ever Duesenberg production car….(Custom Bodied, of course), E-type Jags, real 289 Cobras, and lots more…this is just a sample that were being shown (at the time when I was able to walk around, it was raining and lots of cars were not then on display so I did not/could not get photos of them)…bad lighting and no sun made for difficult photography, and I am not a good photographer anyway,,,but here are some pics of some of my favorites: 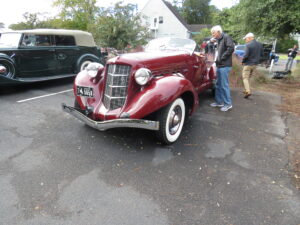 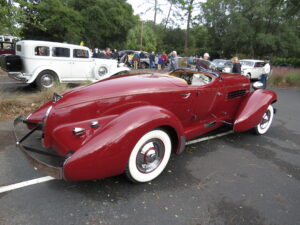 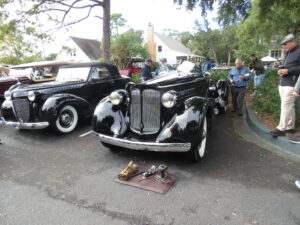 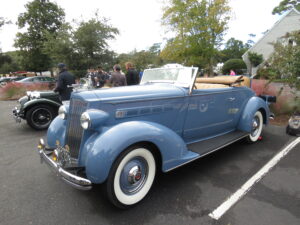 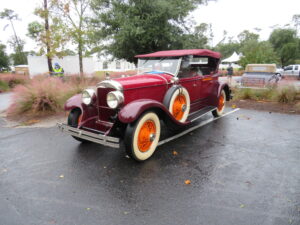 1933 Chrysler LeBaron Custom Bodied one of 4 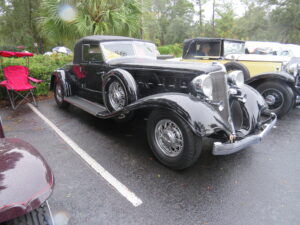 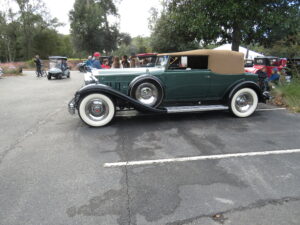 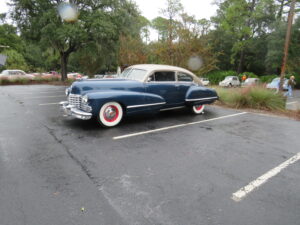 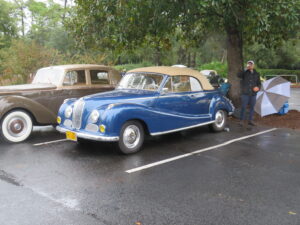 Oddly enough there were a fair number of electric cars from the 30’s and some from the 60’s and 70’s and a hydrogen fuel cell powered van from the 70’s as well….all examples of failed ideas and technology that simply could not compete with recycled dead dinosaurs. Some things never change, really.