Skip to primary content
Saw this over at The Feral Irishman‘s blog:

And it is a damned good point, 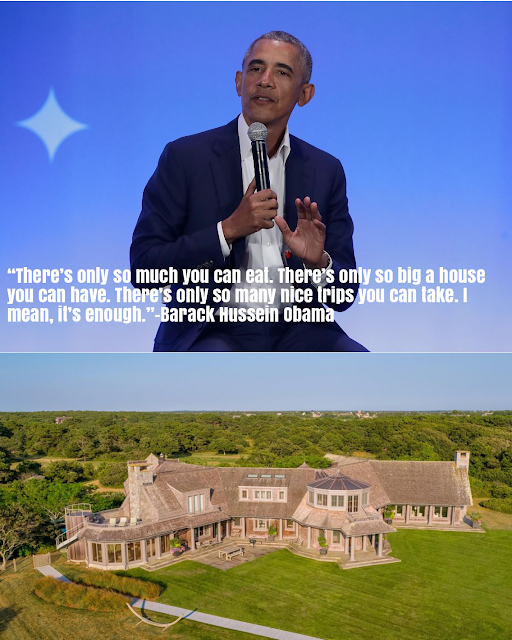 I mean, that’s a pretty big house there…unless you REALLY want to live as far from Michelle as you can and still keep up appearances.

Funny how Barry doesn’t live up to his own preaching, innit?  (but few leftists do, really).

Not that Barry gives a shit what any of us think…he’s not President anymore, can’t run again, and he’s  done sold his soul during those 8 years and he’s reaping his (earthly) rewards in the time he has left. $135 Million….One wonders how much of our money he spent to get those paybacks now that he isn’t President any more.