The day (Saturday) was clear and warm(ish) and not much wind. The Weather Briefer said it was gonna be awesome there and back. She was correct.

Pulled the plane out, did a preflight, checked the fuel and called for a top off . Was told I was number 5 in line for 100 LL. (The Self Serve fuel being out of service, so it is fuel truck or nothing)

So I warmed up the motor and cycled the prop and did all could do while waiting and moved it farther down the taxiway while we waited.

Got fuel after a 40 minute wait and then waited 10 more minutes to check for water. Found none.

Fired up, taxiied to the end of the runway, waited for two planes in the pattern to land, called my runway and took off with a southbound departure. Set course for Evansville (EVV).

Called for Flight Following and the Chicago departure controller was cheerful and professional. She handed me off to Champaign approach, who handed me off to Hulman aproach, then to Evansville. The winds were negligible at 6500 feet MSL, so our groundspeed was pretty much our airspeed.
1:40 wheels up to wheels down.

Evansville Regional (Evansville Indiana) is a pretty nice set of runways and is well maintained.  I did a nice slight crosswind landing, barely even chirped the tires.

Evansville tower sent me to Tri-Star (the FBO at Evansville field) for transient parking. They gave us a crew car no questions asked and we went to do our errands and then have lunch. 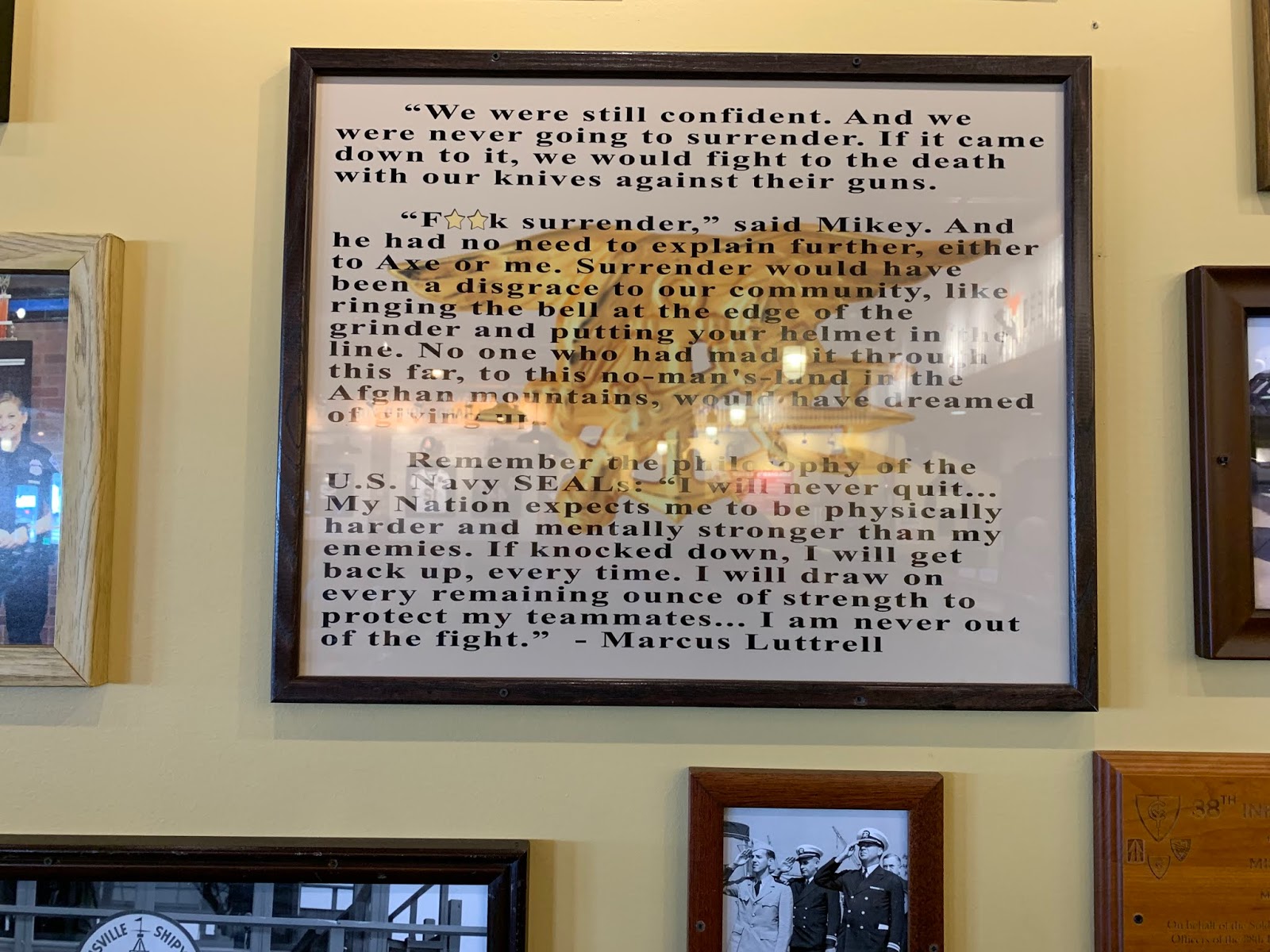 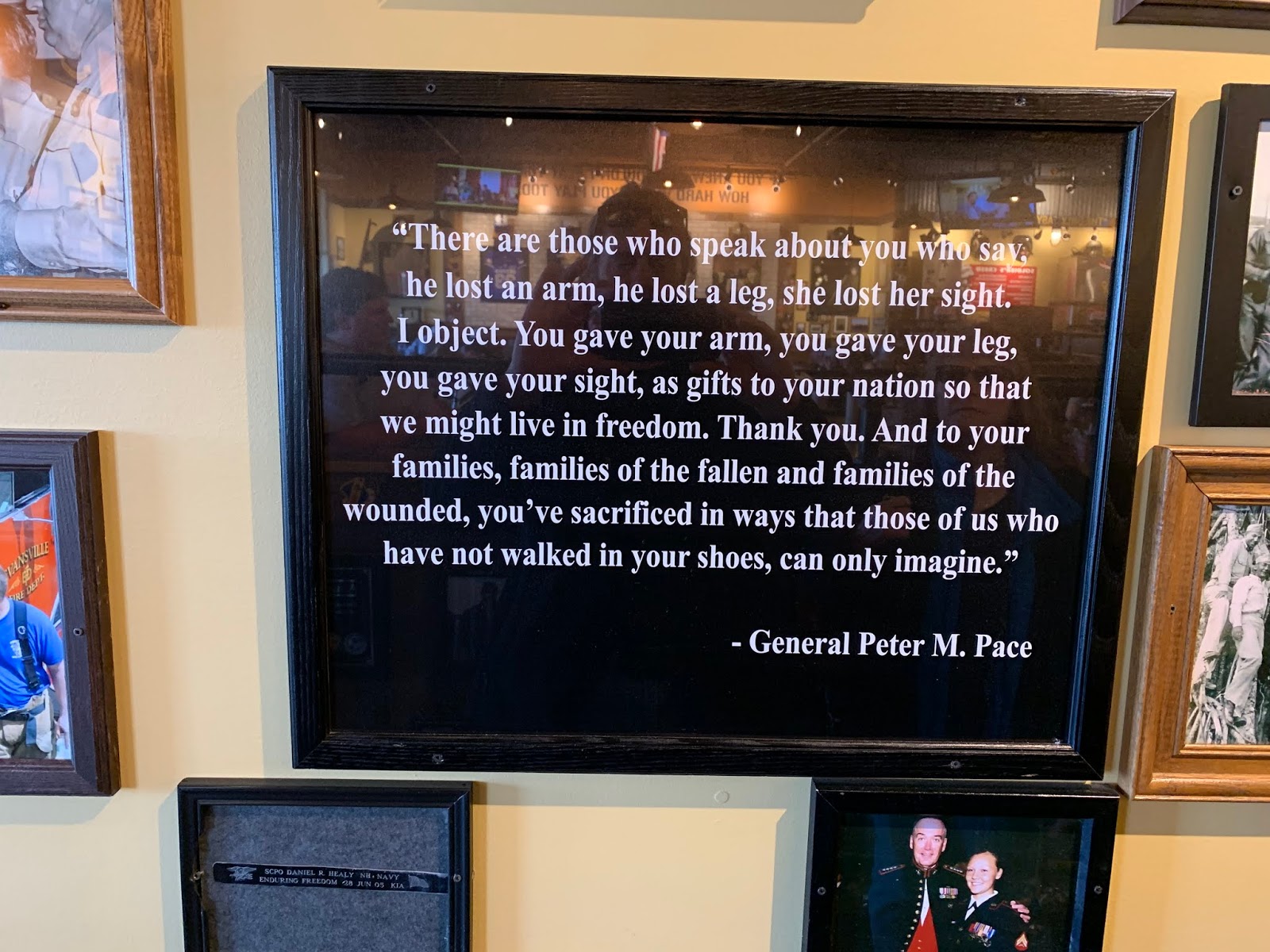 The food was good, the prices fair, For a chain, this is pretty good barbecue….and sides.

After eating, we drove around a bit more, then decided to beat the clouds building to the west (Perfect conditions for icing!!) and went back to the airport. Fueled up and that’s when my impression of the folks at Evansville field took a nosedive.  The nice, polite crew that had greeted us at first call had obviously gone home and another crew had taken over….The clearance woman was pretty much a snotty bitch. She was GREATLY offended when I asked her to speak slowly enough that I could understand her. The Ground controller took the cue from Clearance, and the Tower controller was also a snot.
Departure controller was nearly impossible to understand (Hint: take the wad of chaw out of yer mouth when giving heading instructions to folks on a radio!) I wasn’t the only pilot who had to ask him to repeat his instructions either. Was really glad to be out of their airspace. While I haven’t got that much experience, that is the first time I have ever felt unwelcome at an airport.,,,also the first time I have ever encountered unprofessional attitude in a controller.

The trip home at 7500 MSL was mostly uneventful after that, except for the dude with his transponder on standby that passed us in a steep dive from left to right about a quarter mile in front of us…passing through our altitude at about 200MPH (really,, that fast) He didn’t show on the IPAD on ADSB until about 2 minutes later…I don’t know if he had his transponder off, on standby, or what….. MC saw him as he passed through our altitude, before I saw him. The controller didn’t warn us about him either, so I don’t think he saw him. I dunno. We didn’t hit him, so all was good.

Other than that small bit of excitement, it was an uneventful flight home. I hand flew for practice rather than use the autopilot. I did let “George” fly for a moment while I took a couple of pictures of some gravel pits/mines . (there isn’t much else to see besides wet and soggy fields in Indiana right now.)

Time to get home was only 1:38. Did a 45 entry to the downwind and a decent approach. But a slight bounce at the end. Not bad, but still, a bounce that shouldn’t have happened.

overall, a good day. Left in the daylight, landed just before dusk.