Skip to primary content
But that did not stop either of us, just delayed us a bit.

I met Aaron of the Shekel about halfway for lunch on Sunday. He’s out of the greater Detroit area and I am out of NW Indiana….so we each flew about 90 miles.

I had to delay departure for about a half hour due to visibility issues at KOEB (our destination). But other than the last 20 miles or so, it was awesome. Vis was +5 Miles all the way… I flew east-northeast at 5500 feet, 500′ (more or less) below the clouds with flight following from South Bend (and then Kalamazoo) approach. At Sturgis, MI I had to descend because the wall of clouds went up to about 10K and the bottom was a little below 4000. So I flew my last 20 miles at 2500 feet MSL. Approach was standard downwind entry.

Oddly, moments after  I called my base to final turn for Rwy 25 at OEB, Aaron transmitted his “10 miles out” call. Couldn’t have worked it out much better. I got to watch him do a very smooth touchdown. I don’t even think he chirped the tires.

Other than parking at the wrong parking area, it was perfect…but we both needed that half mile walk after flying for most of an hour anyway…..

The restaurant wasn’t the best, but it was good enough. The food was decent (Bacon, Mushrooms, and Swiss burgers) (Plus Tater Tots!!) and the service was attentive. Sadly, until now, Aaron and I had only met in meatspace once. It was cool to talk to him in person. We had a great time chatting, and then, because he was looking at less-than-ideal weather moving into his area sooner than planned, he did a preflight and taxiied to the runway and took off. (I wondered why he did rwy 22 until I too left shortly thereafter).

After he did his departure and turned for home, I preflighted and fired up the rental 172 and taxiied out and also was confused by the signage, and I too found myself taxiing to the end of 22…..Which wasn’t a big deal ’cause the winds we 16 at 4, so it was an acceptable departure runway.

‘Twas bumpy on the way back, and a bit of a headwind (which, in a 172 is not a minor consideration!) so I used a bit more RPM’s than I normally do. Not quite “Full Rental Power”, but more than the recommended 70% throttle…

I arrived at home just in time to change clothes and go to the range to meet some other members where we cut and pulled (manually) 10 pieces of 250 feet of video cable. Which pretty much wiped me out.

But again, I am reminded that I need a faster airplane….and not a rental, either. Maybe an R182? I dunno.

I will let Aaron post the pics, he has the better software to clean ’em up, but here are 2 so you can see what a dashing airman he is….

Plus, of course, a pic of the proverbial (but more expensive than that) “$100 hamburger”. 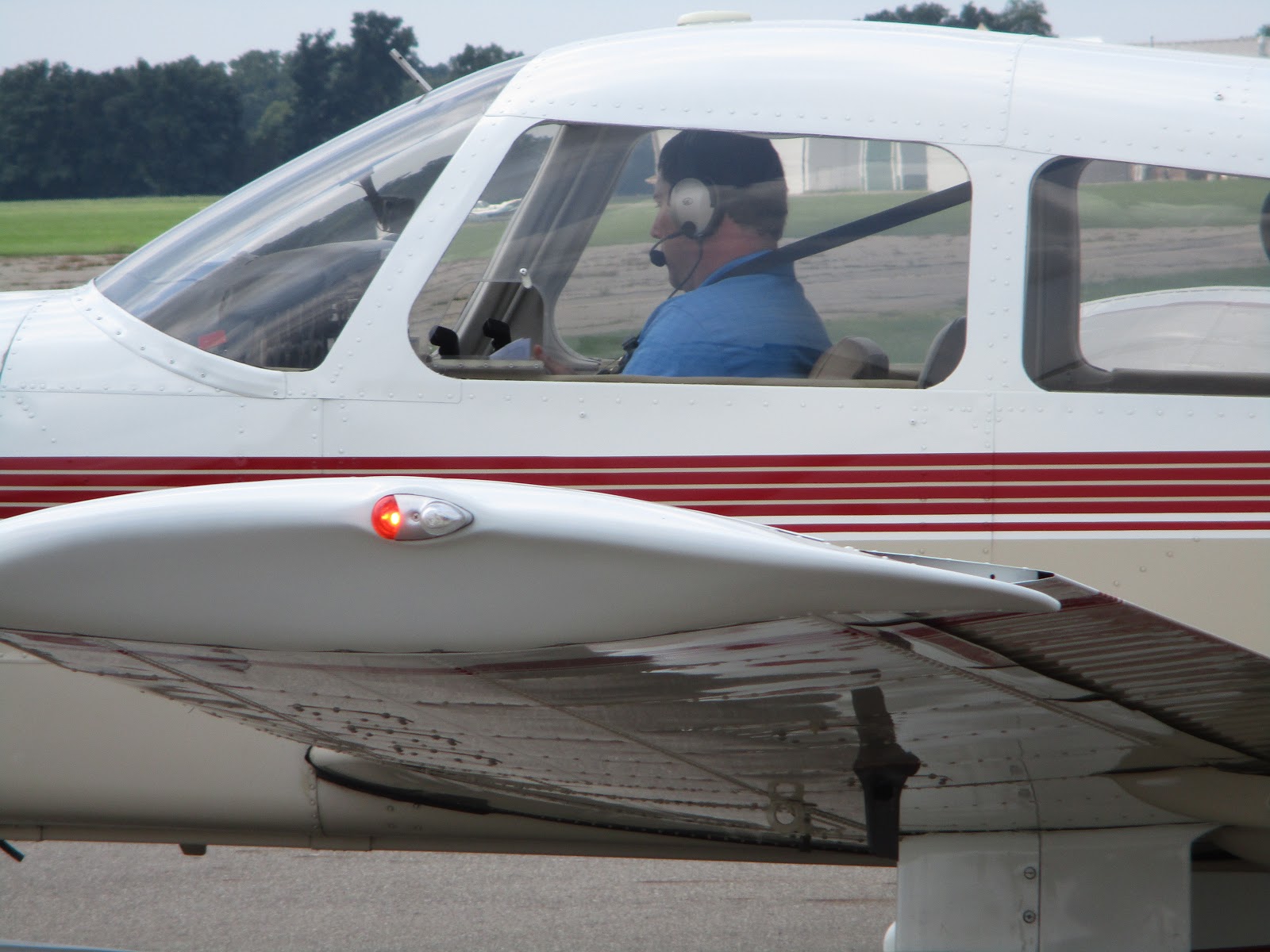 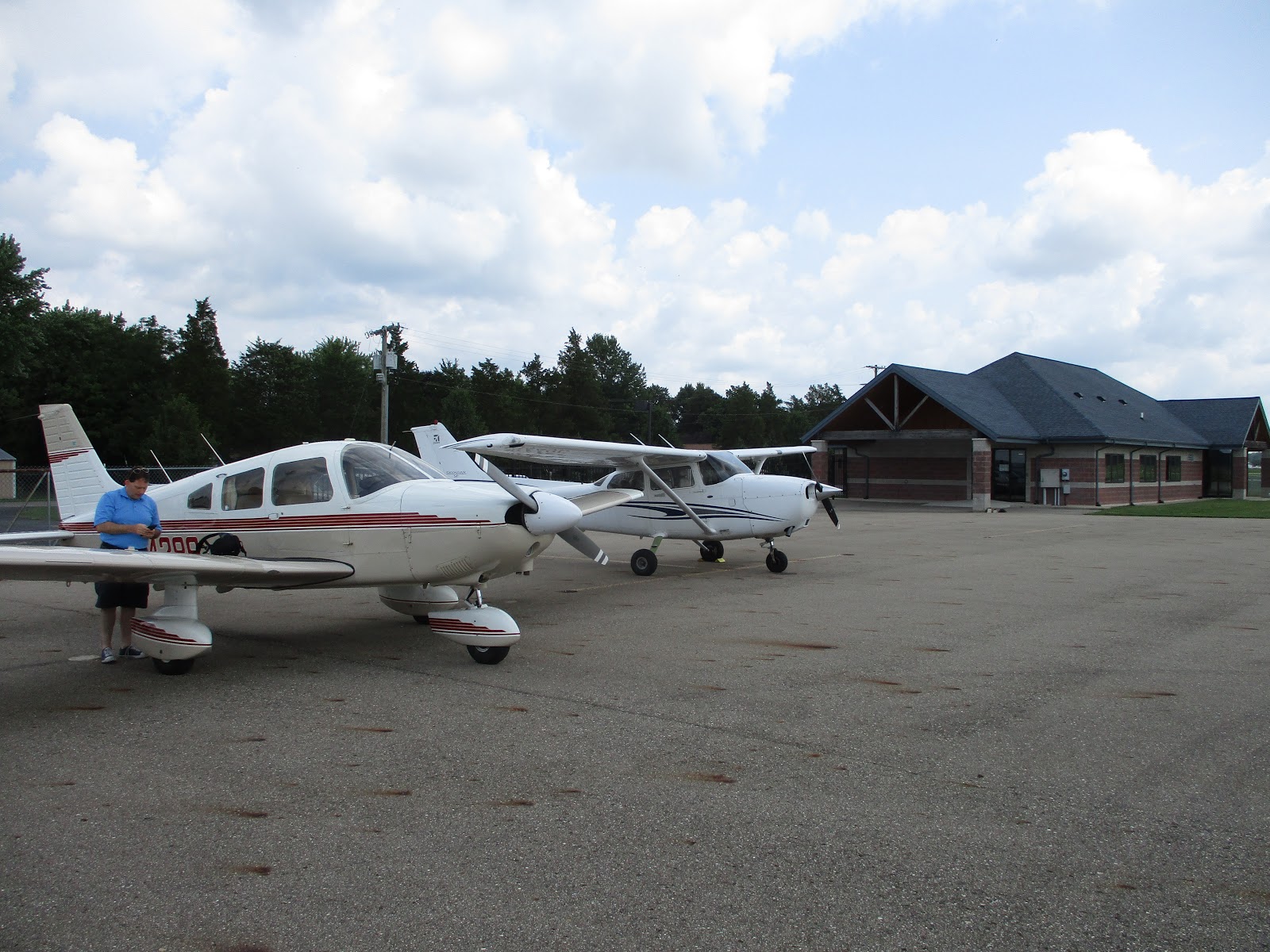 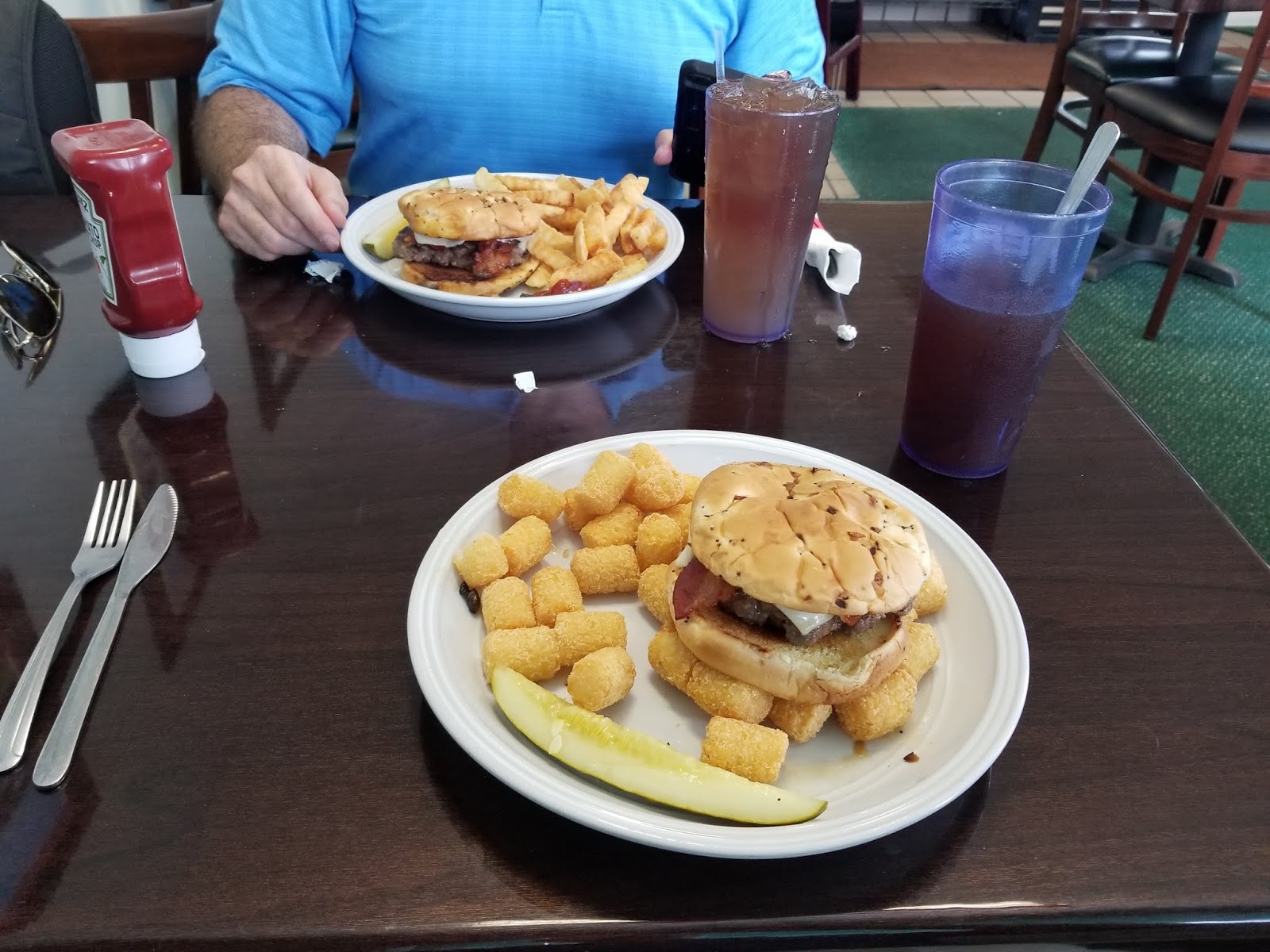 1 thought on “Low clouds and haze”