So brother and Nephew arrived around 9….Temps were already in the 80’s, and with the 4″ of rain in the past 3 days (including 1/2″ the night before, the day was….moist.

Thick, it was. Really. Humid.

Not much wind either.

We loaded up the car and drove to the range, wondering what we might find, what with all the rain and such. My dad came along as well.

Now, the range was recently reworked by the county, they finally got around to removing the block to drainage that had been there for 20+ years, And I had worked with the tractor and bladed the outdoor range to make it drain into the drainage ditch..

All that work paid off, as the range was merely “skwishy” rather than “flooded”.

There was still water draining, but it wasn’t too bad. The grass made it walkable, and there wasn’t too much mud…except at the bowling pin range.

Nephew wanted to shoot there first, so we turned a bunch of my reloads and most of a box of Winchester White Box into smoke noise and empty .45 cases. Plus a bunch of 9mm from grandpa’s pistol, and little over 200 .22 LR.  I spent most of my time just being a Range Officer, and bit of time coaching. I can shoot anytime.

Surprisingly, Nephew liked my compact alloy framed 3″ Para for bowling pins over the full size 1911. Lighter seemed to work for him, and he had no issues with recoil, either one handed or two handed. He didn’t like the 9mm as much either.  He went 5 for 5 several times.

After knocking over bowling pins for a while, it became difficult to police the brass, as the grass is sorta thin there, and the clay was becoming churned up. Just plain muddy.

But we had a great time, and except for a bit of inattention to trigger finger discipline (hey, 11 years old and still fairly new to guns in general) all was good after a few pointed reminders.

So we packed up and moved to the 50 yard range and unlimbered the rifles. Brother immediately took charge of the Marlin 39 and Nephew went for the Savage bolt action that he liked so well last year (I won that in a raffle, best $10 I ever spent) 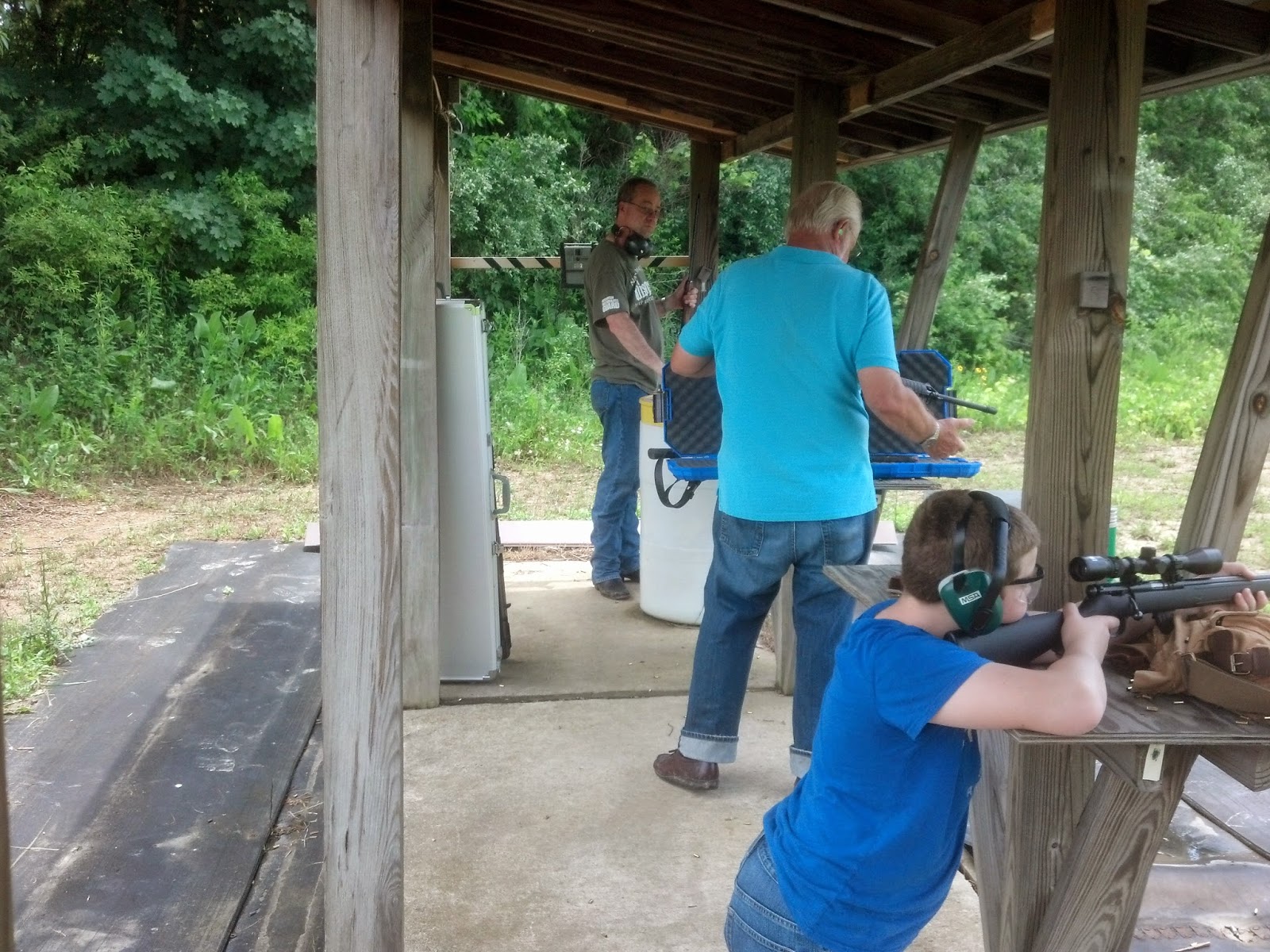 For a while they were content to knock down bowling pins at 50 yards, but then Nephew wanted to shoot at paper targets for score. I had brought along a bunch of NRA 50 yard targets and after a few practice shots he and his dad and I shot for score.

He practiced for a while, with coaching from his uncle, and eventually shot an 84.  By that time he was getting overheated, so we packed up and went to have a late lunch at Grandma’s house)

All told it was a good Sunday. Shooting with a motivated young man and his father….and HIS father.
3 generations at one time enjoying a somewhat American pastime; Plinking and punching holes in paper. 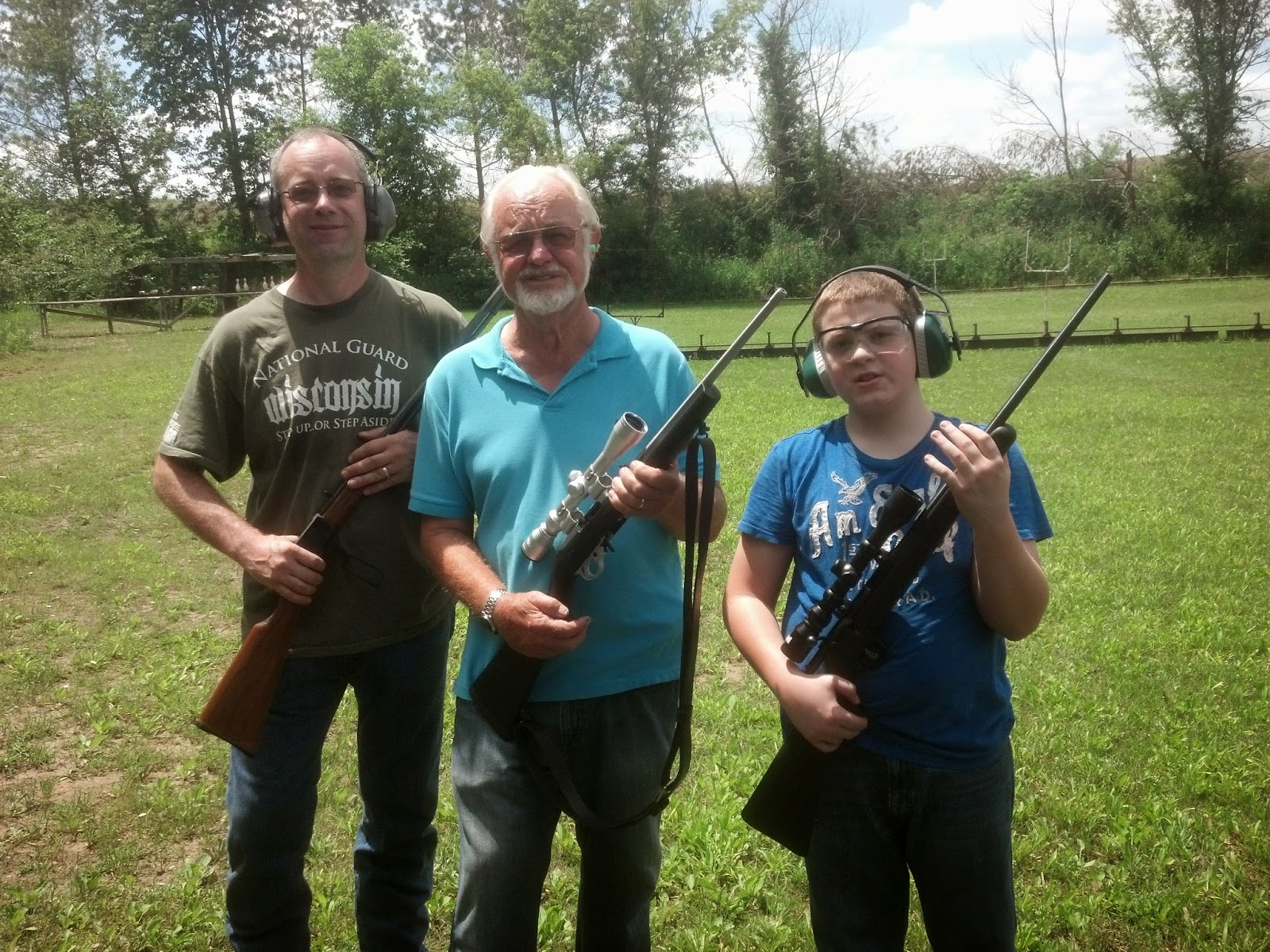