So some folks in Massachusetts want ILLEGAL IMMIGRANTS to have the right to vote.

Legislators that even think about the idea must be either stupid, or at best, shortsighted.

Some want to allow CRIMINAL ILLEGAL INVADERS to have the chance to vote on laws and legislation. If these people want to change something, let them begin with their OWN COUNTRY, not the US.

But think for a moment of that blue-collar worker who has lost his construction job to illegal immigration; whose property taxes rise to provide services for those working off the tax rolls; and who then finds himself standing in line behind an undocumented-but-legally-registered voter casting ballots on a tax override.
He votes no. The illegal immigrant votes yes. The override passes, and he’s told to accept the results because “the people have spoken.”

I have a cure for this sort of thinking, and would encourage the good folks of Massachusetts to let their legislators know that they are considering it…. 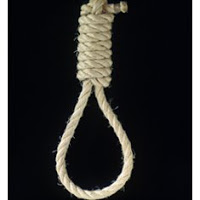