How many folks that you know HAVE forgotten?
How many think we still are not at war?  Think that the folks high in the culture of and governments of counties where the state is Islam still want us all dead because we are “unbelievers”? Still think that the fundamentalists still don’t want our country to be a part of their Caliphate?
How many still think that most Muslims are moderate? That they don’t want to colonize the US? To bring Sharia law to this country?

Sadly, many folks that I know all think that we aren’t at war, that the Caliphate is a myth…..That most Muslims are moderate. That Sharia law can coexist with our laws. That one can be a good, practicing Muslim and still obey the laws of the United States.  That our Constitution can coexist with Islam.

It just isn’t so. And I know many Muslims, some of whom ARE moderate. Nice folks. Decent people (by their own lights)….But they are Muslims first, Americans second. Their values are NOT ours. And if you are an unbeliever, then they have NO regard for you….Period.

And remember, it isn’t Bhuddist monks who do suicide attacks. It isn’t (generally) Irish terrorists who target children to blow them up. It isn’t Basque separatists that explode themselves in crowded markets. It isn’t Hindus who drive car bombs full of propane and gasoline into stores full of innocents. It isn’t Black Lives Matter folks who use their grievances to destroy themselves while taking tens or hundreds with them. It isn’t South Africans Christian that make pressure cooker bombs and plant them in crowds… ’tis only those touched by the stain of Islam. 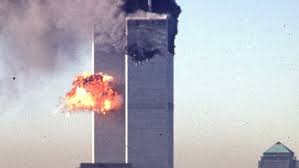