Went out and shot in the morning. It was a PERFECT day for shooting. a mild (very) intermittent breeze , but mostly calm. I’d have rather spent the day at a longer range (say 200 yards or even farther) shooting a big bore rifle, but instead spent my limited time shooting for the E-Postal match hosted at Traction Control this month.

Excuses: I had Way too much coffee. I knew better than to have more than one cup before going to the range, but we lingered over breakfast (cornmeal waffles folded around scrambled eggs with ham) and generally took our time leaving for the range. So I ended up drinking 3 cups, which did little for the steadiness of my hands. Also the sun was in my eyes…..or something. But seriously, the coffee did not help. If I am ever gonna have a duel, best to do it without coffee, or I am likely to miss my opponent entirely….

Arriving at the range, (total trip time 4 minutes, takes longer to back down the driveway than to drive to the range from our home) there was NO ONE else there. Not a soul except for the denizens of the forest…Birds, squirrels, chipmunks and a somewhat somnolent raccoon who watched us from the shadow under the bowling pin range. (he didn’t bother us, so I left him alone too….Live and let live and all that).

First order of business: I had to measure off 25 feet in order to make a paint line in the grass at the specified distance. Luckily I had some upside down marking paint in the veehikle left over from a previous job…. 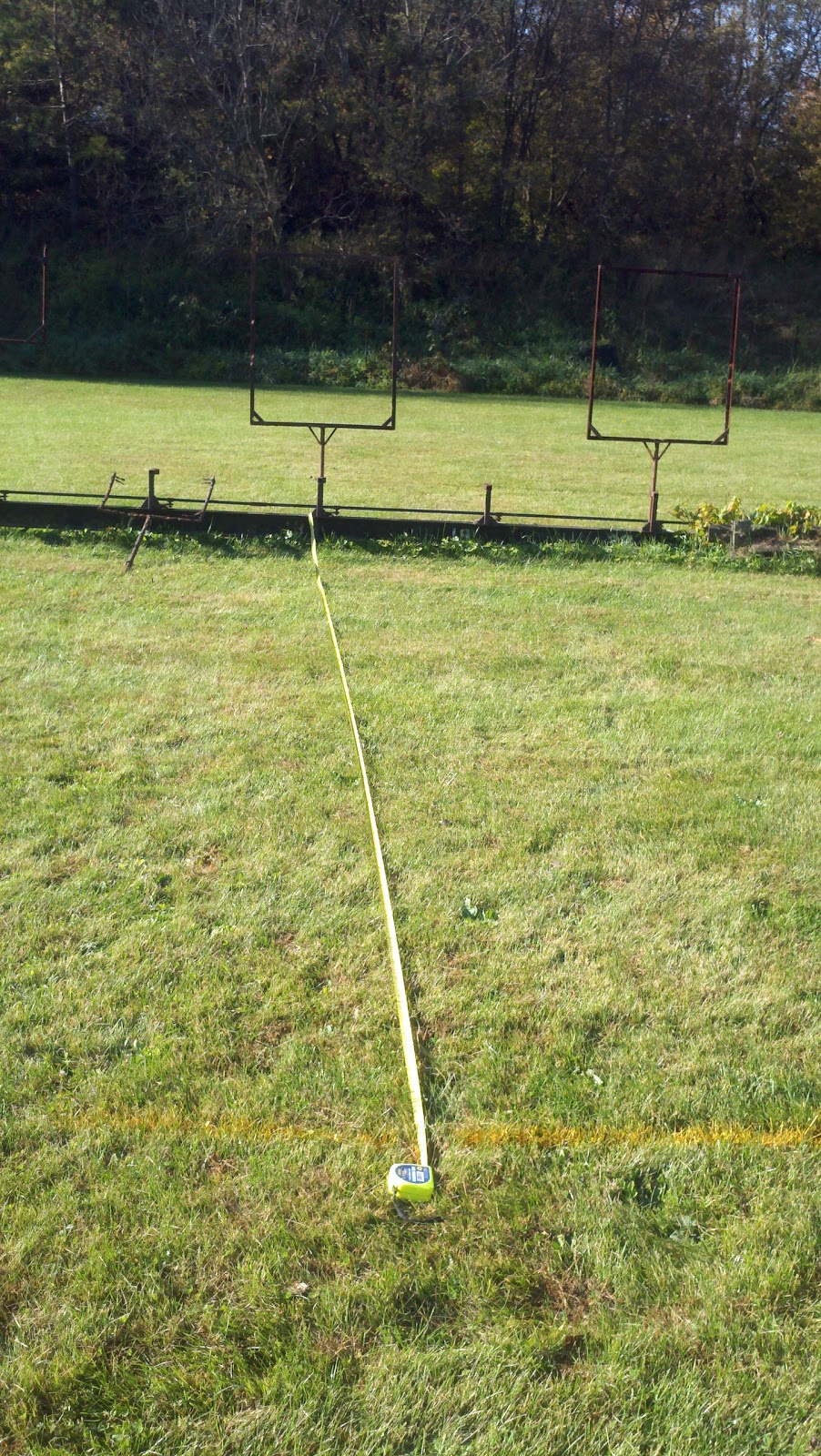 We opened up the supplies barn and got two target backers, loaded them onto the target holders, and stapled two targets for practice…..It had been a few weeks since I had been on the range with the .22 pistols. And not for a long time had I used them at 25 feet. Generally I either shoot them indoors at 50 feet or outdoors at 25 yards….So felt that I needed at least magazine or two from each firearm. for a bit of familiarization… 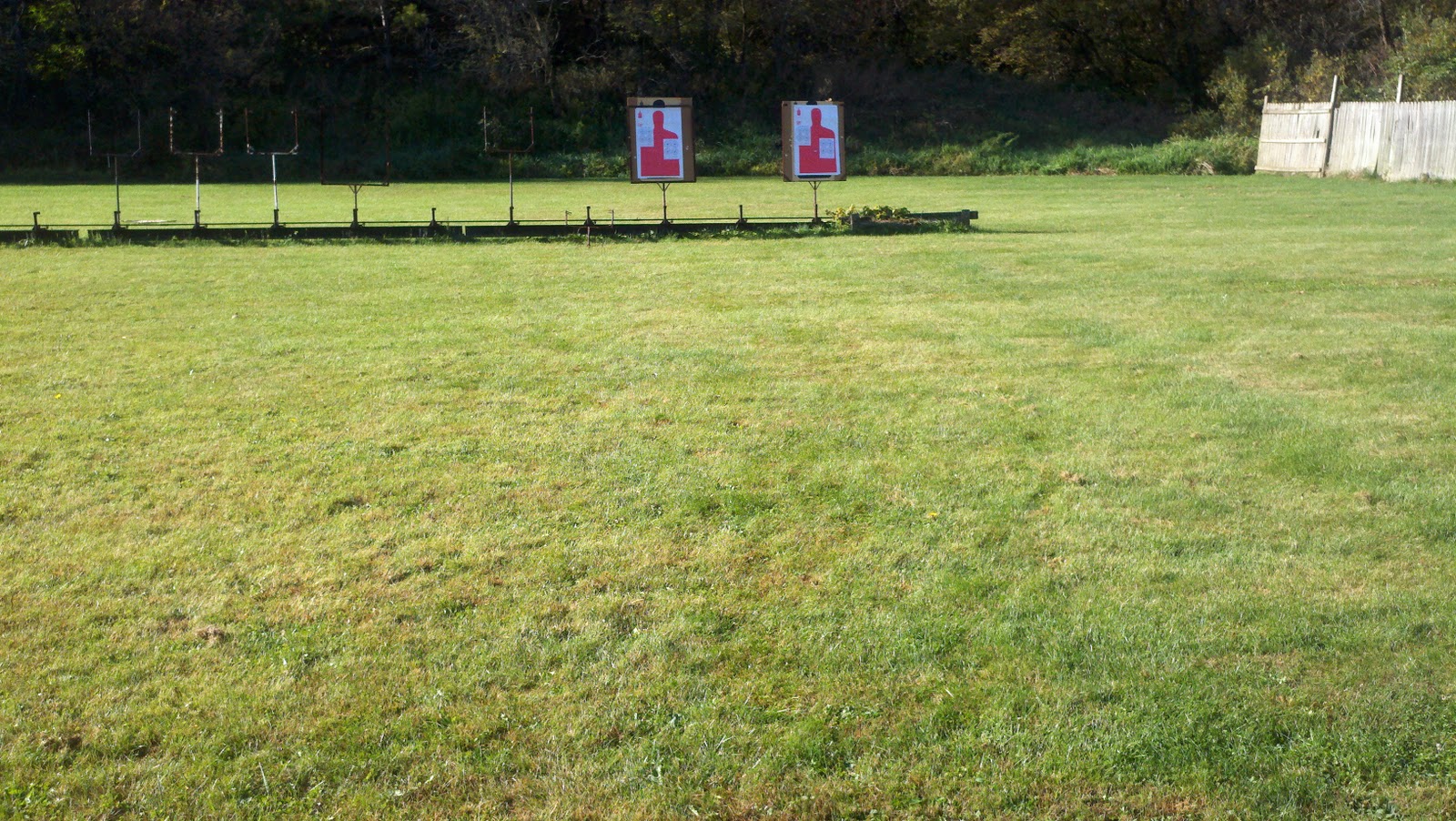 First off: the Buckmark. I like this firearm, and sometimes use it for Bullseye matches. It is my backup to my Ruger/Tac-sol setup which is my favorite….Anyway, my groups looked more like shotgun patterns than targets, so I passed that firearm off to Midwest Chick, and tried the 1911. Same thing. My hand (and the end of the barrel) was wavering around like a young boy trying to piss his name into a snowbank….. Neither grouping was even worth scoring…

Ok, I took a bit of time, and gathered myself. Walked around a bit. Flexed my fingers and loosened my shoulders. Took a few breaths. Loaded the Ruger. Took a few more breaths….

Walked up to the firing line and sighted through the Milllet Red Dot (BTW, with no magnification, what class does this go into? Scoped or open sights?) and watched the 1 MOA dot wander around all over the target. Lowered the pistol and tried again to gather myself.

Waited for Midwest Chick to finish, cleared the line, checked open slides/mags out etc., took the pistols back to the bench, and went to see how badly I had done. (all scores are upper left, upper right, lower left and lower right)

Hmm. I may NOT be able to do better than this. Not today.

Took my time, tried to control the shake (but it just wasn’t happening…who was the asshole who ordered the extra two cups of Hi-Test? And who was the fool who drank it? Feed him to the lions….or something!)

I took a few pictures, shot a few through the TCP, and packed up and went home. 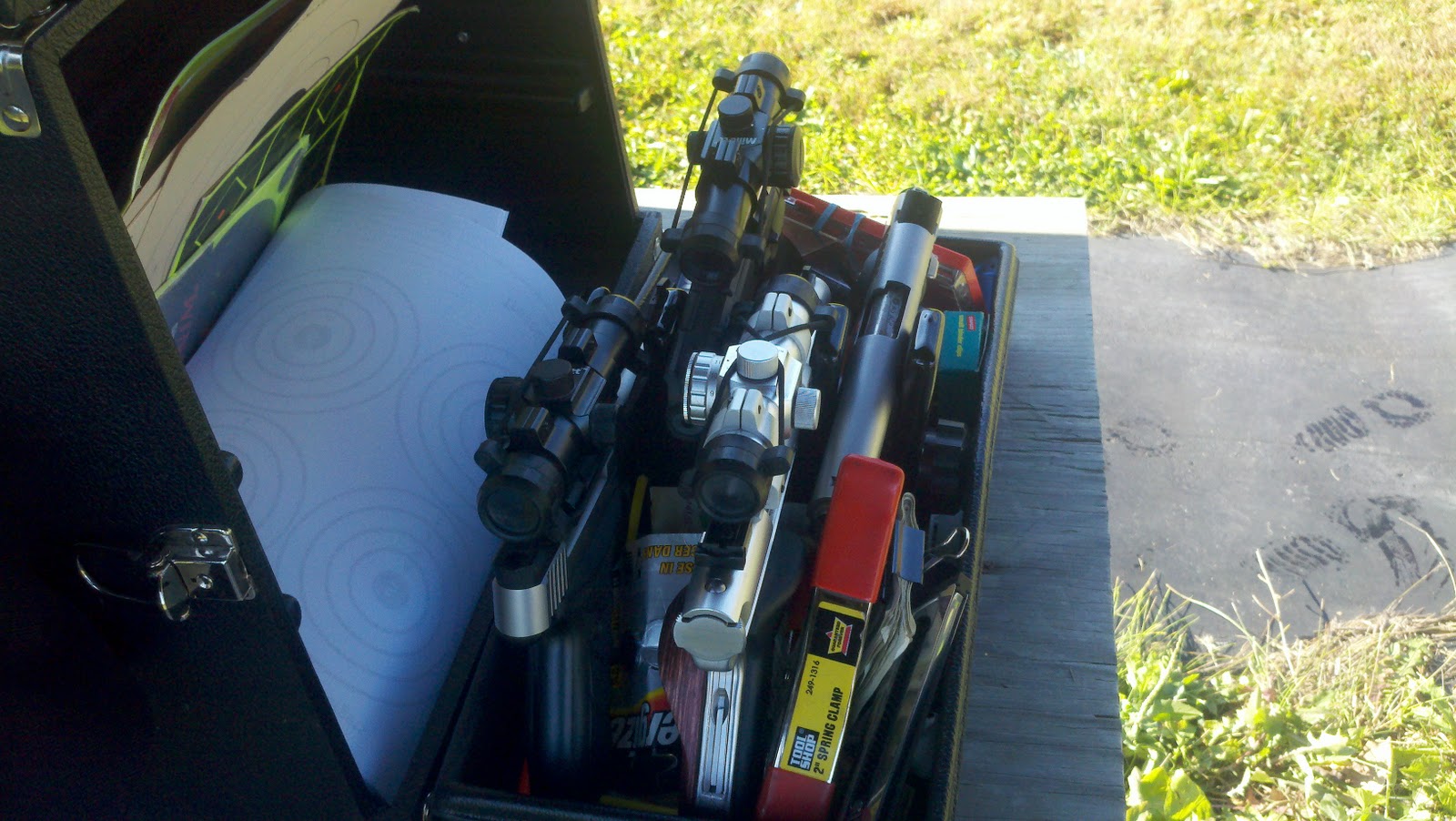 Maybe next week I’ll be smarter and NOT drink myself into the shakes drink more than one cup of java in the morning before heading to the range. 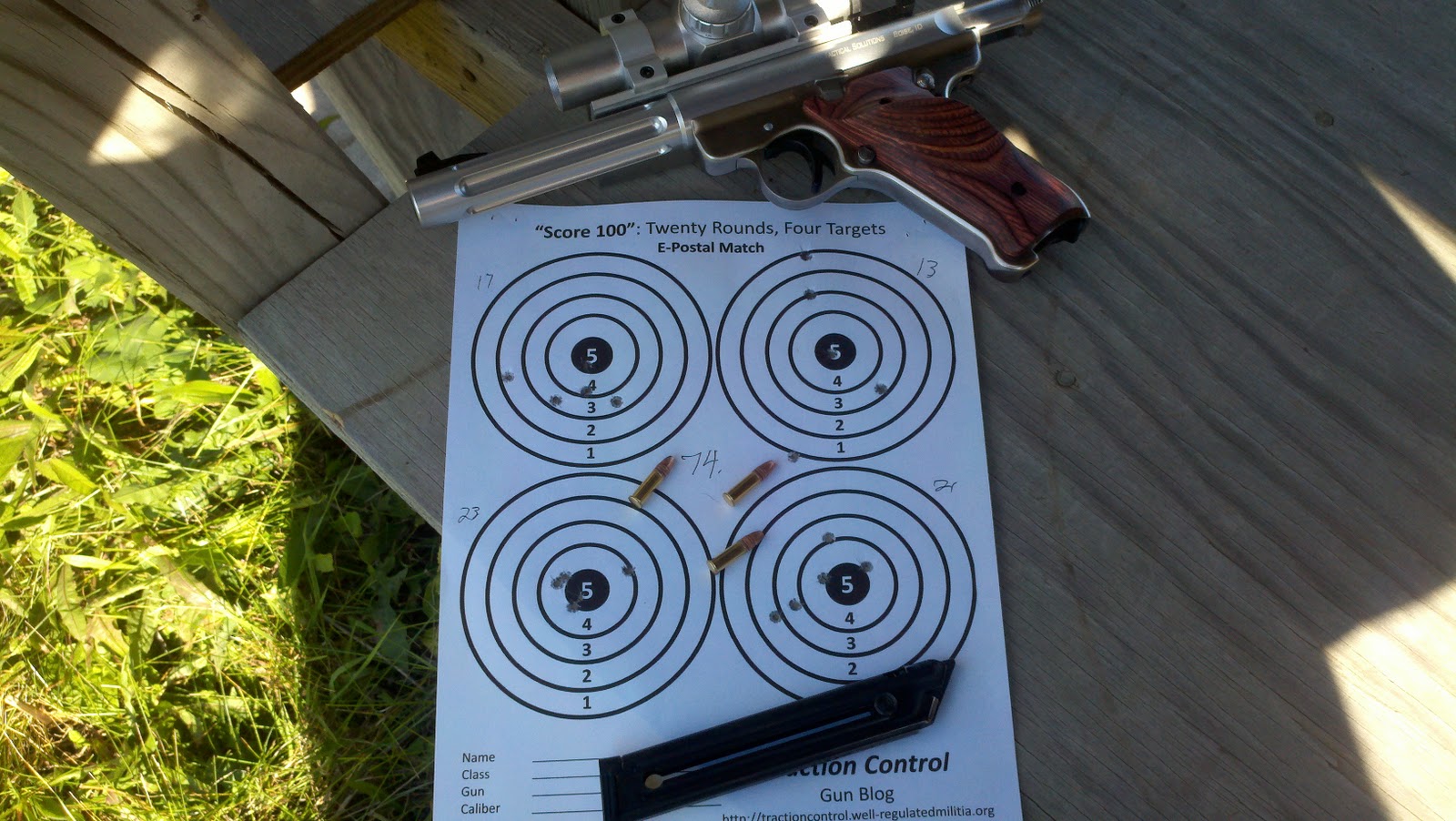 71, 71, 72 and a 74.Average 72. Not good. Not terribly bad, but not as good as I can do. I’m not gonna claim this as a score, but just as practice. Maybe next week, if the weather holds, or maybe some afternoon this week I can get out there when not over-caffeinated and shoot a decent score.

But bad morning at the range beats a good day at work hands down, doncha-know And I at least gave you confidence you won’t be lowest score..

You should follow the link to the E-postal match page and print out some targets and try it yourself. It is fun, costs nearly nothing (except for time and ammo) and see how you do….

I’ll be back soon and show how I can do in a non-over-caffeinated state.