Once upon a time……many years ago, someone, I will not use his name (I promised), had an ND (Negligent Discharge*) happen in my house. Luckily, no one was hurt, nothing was damaged, and things went forward….

This Sunday, I finished removing the old carpeting from that room. As the bullet from the ND had never been found, and no exit or other bullet hole had ever been found, it was assumed that it was somewhere in the floor……I found it today.

The bullet, which was a 200 grain lead semi-wadcutter, was lodged in the particle board underlayment, beneath the carpeting and padding. I was actually surprised to find that the bullet had not penetrated farther. 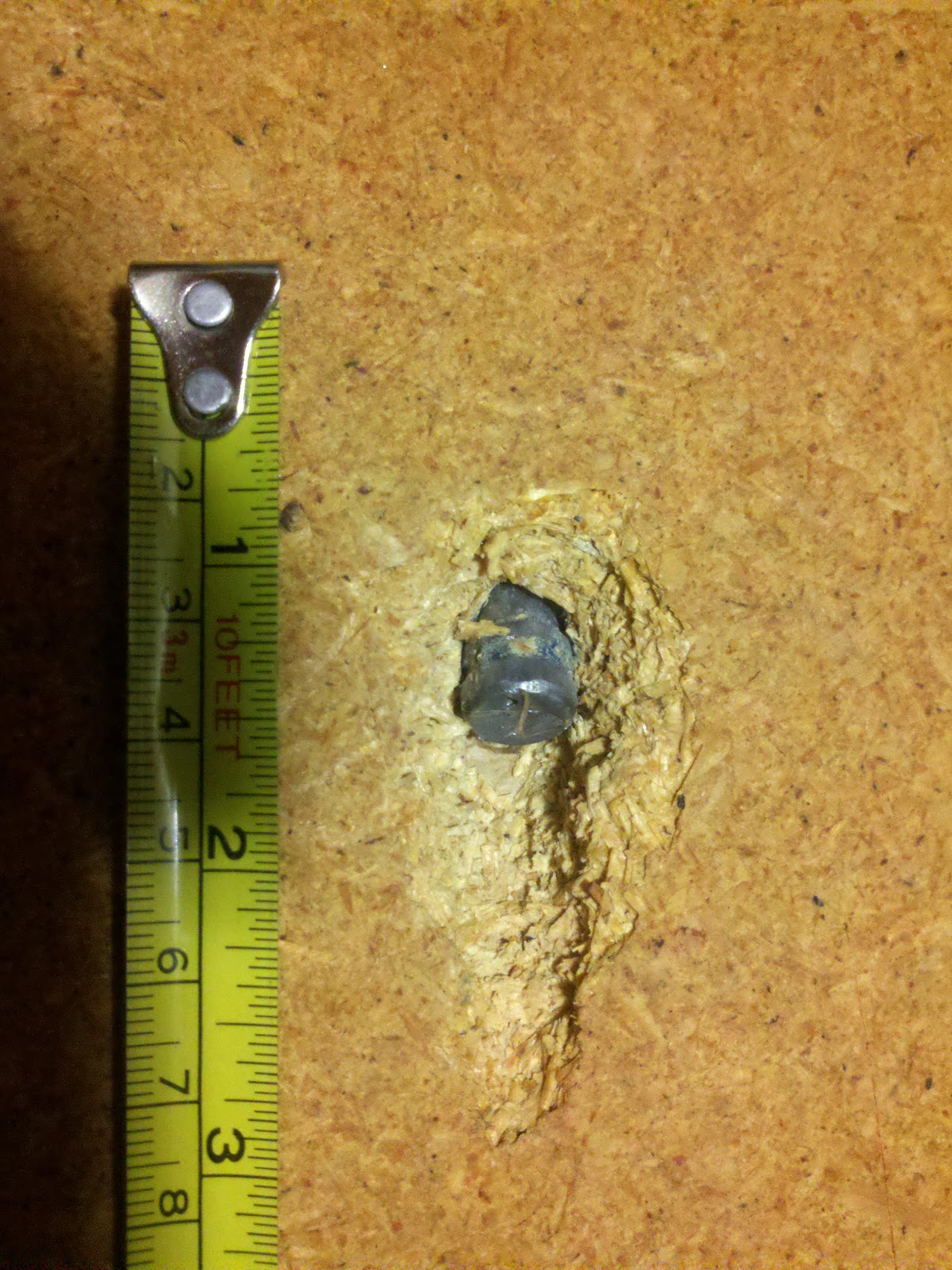 Actual penetration (at a very shallow angle) was just under 3/4 of an inch. 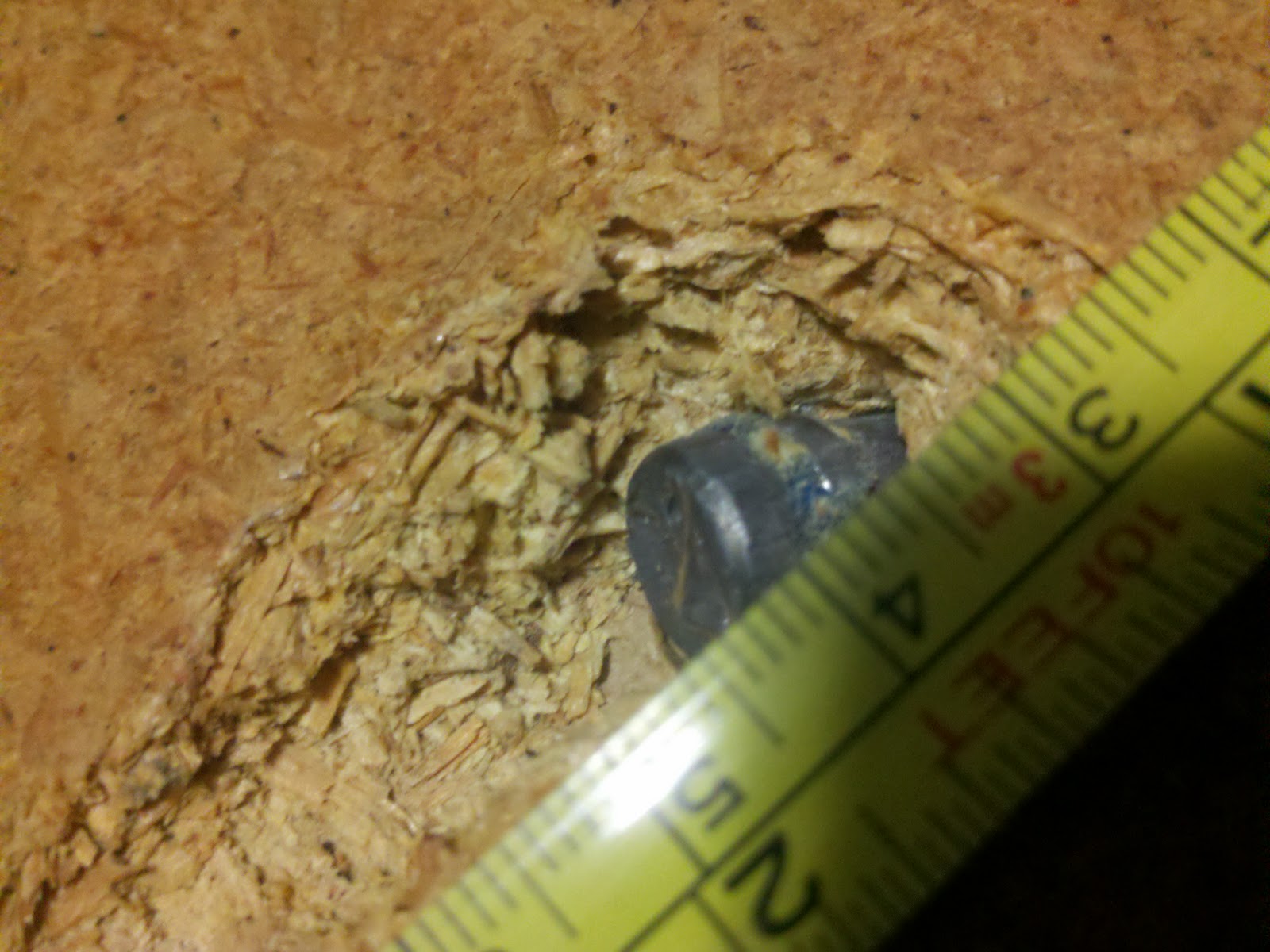 This was a reload, 200g LSWC, loaded to about 750 FPS. I would have thought that it would  be able to penetrate the floor, even at this angle….

But nope. just made it to the layer of plywood under the particle board….and it was between the joists. The plywood backing the particle board is also 3/4 inch… I really would have expected the bullet to have penetrated the flooring and gone into the basement. 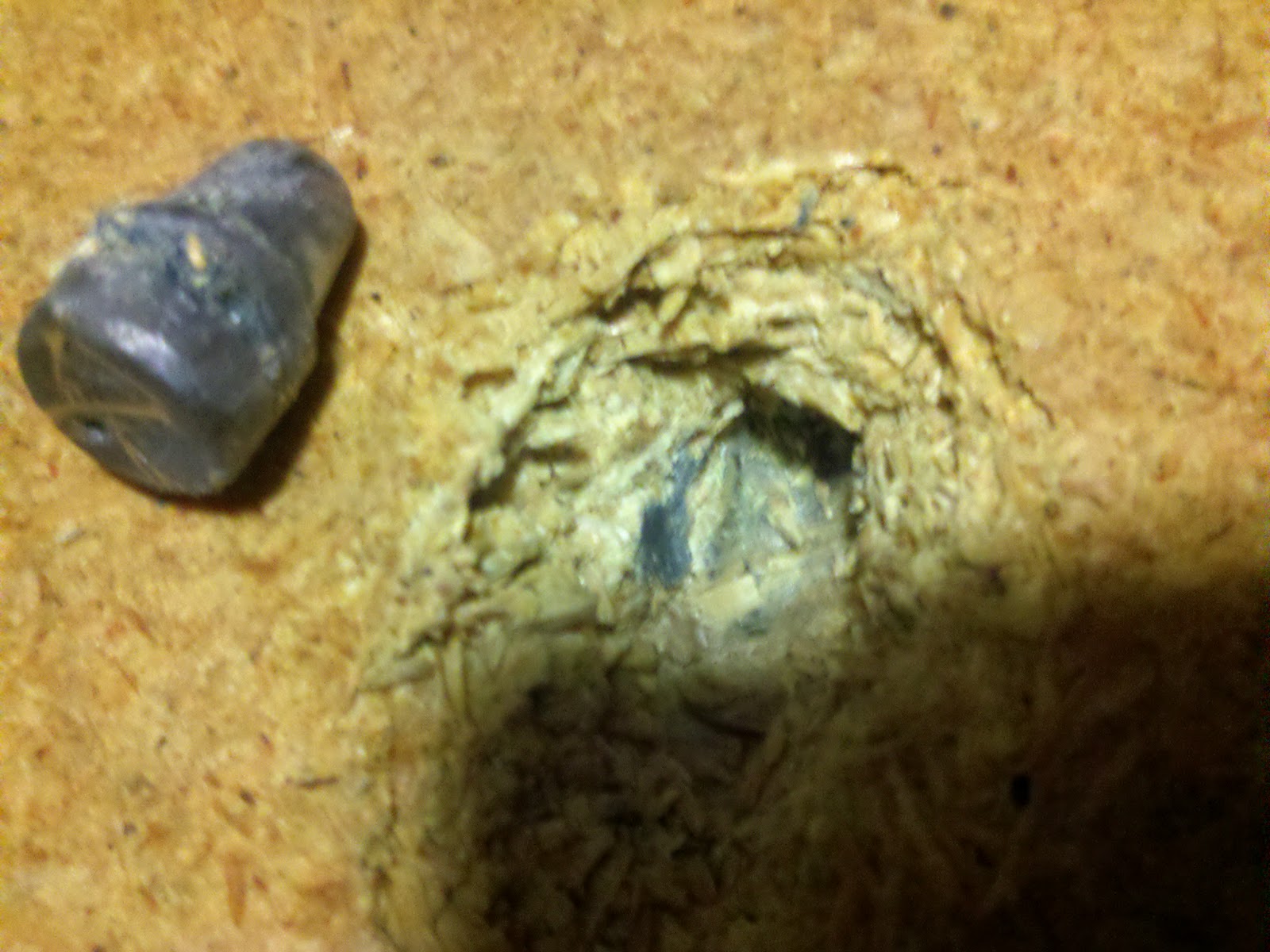 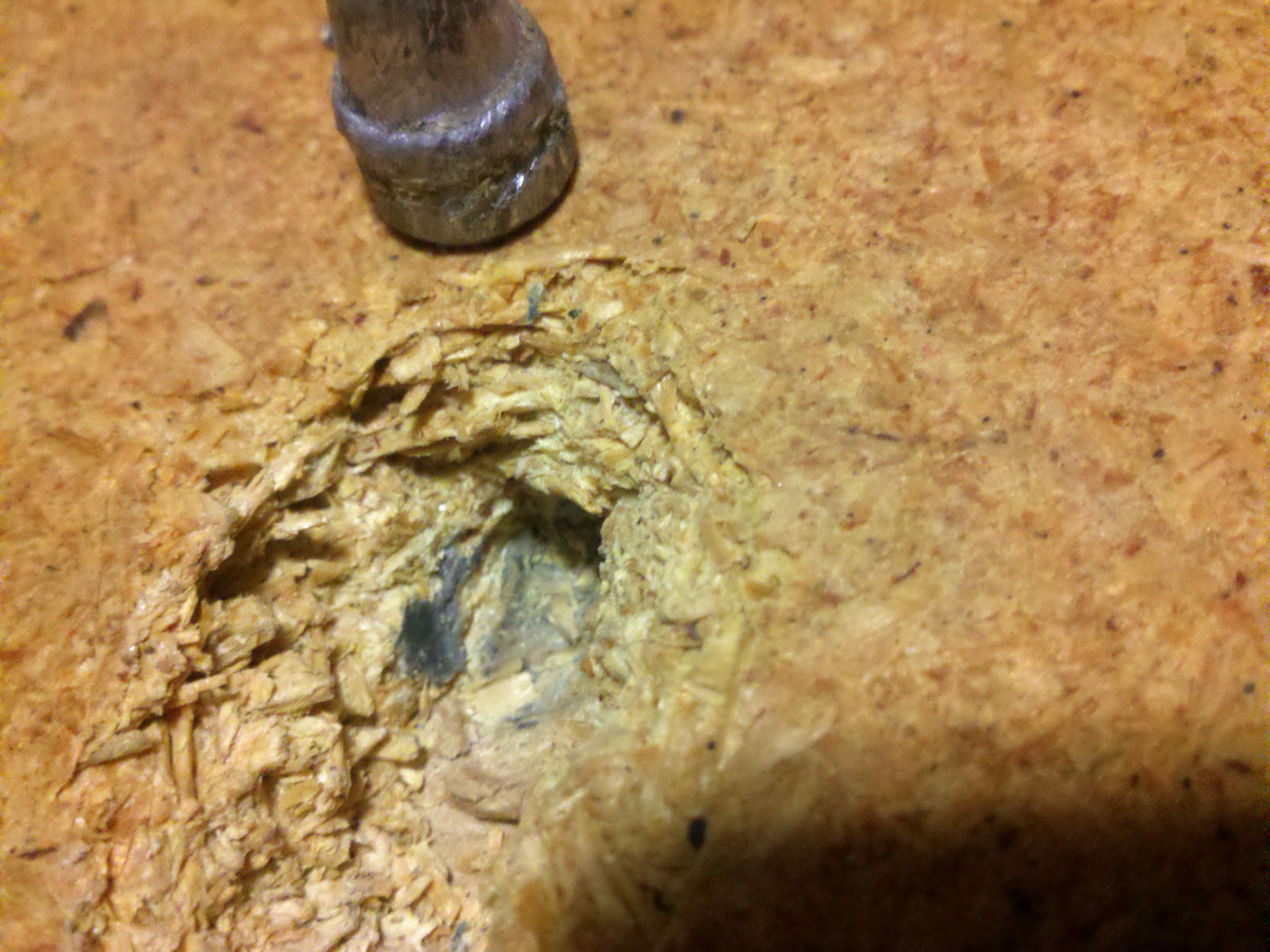 The bullet was surprisingly un-deformed. I could load it and shoot it again, I think.

But I’ll keep it instead, as a reminder to be careful and always follow the Rules…Or I might send it to that person, perhaps cast in acrylic, just as a memento… and as a reminder of how stupid lucky we were that day that no one was hurt.

Lesson learned that day. One neither of us will ever forget.