“Rebellion to tyrants is obedience to God.”

I am thankful that I live in a country where power is passed from administration to administration in a peaceful manner, no matter what the philosophy of the party coming or going is.

I am thankful that I live in a nation which is, for the most part, a nation of laws, giving me and my fellow citizens stability in our lives.

I am thankful that I live in country where those laws are enforced by police who are, if far from perfect, for the most part honest and decent and uphold our laws in a lawful and (mostly) constitutional manner.

I am thankful that I and my fellow citizens and my country are protected by good men and women willing to do violence to protect same. Who are willing to endure conditions and hardships and ask only for the support of their fellow citizens, and who (most of the time) get that same support.

I am thankful that I have friends and family who are for me, watch out for me, and aid me when needed. Who are not afraid to be honest and forthright with me when it is called for, and who know me well and yet still like and respect me.

I am thankful that I have a partner who cares for me and who truly loves me for who I am, warts, hairs, and all.

I am thankful that I live in a country which, while very imperfect, is still the shining beacon to most others in the world. I am blessed to have the citizenship of that country granted to me by my birthplace, and the protections that that citizenship implies.

I am thankful that I live in a country where I can earn a living without having to bribe or pay protection money, nor where I must have I have great fear of my government officials. 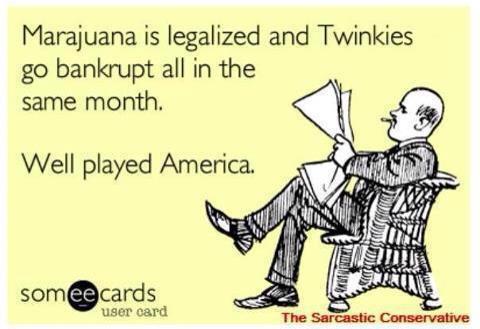 is likely not the answer anymore. Our very way of life is being destroyed. Slowly, but inexorably.

So what are we left with?

The soapbox has been stolen by the liberals in the MSM. You can’t get anything out there except their agenda.

The cartridge box is certainly a viable (although unpalatable) alternative.

So which box do we open to fix this?

I am open to suggestions.

It appears that the Chinese have Built a Stargate.

They say it is just art.

Ok, folk, it is time to stand for something. Time to DO YOUR JOB. We elected you to represent us, and it is time for you to do so.

Negotiations are commencing (no doubt have started already) regarding the impending “fiscal cliff”. And you have to do your part in representing us. Time to step up to the plate. You failed us the last two years; failed to stand your ground. Failed to stay the course we elected you to steer. You “compromised” and “reached across the aisle”. Enough of that. Stand fast and make some changes.

It looks like you are waffling in the direction of (or already have decided on) raising taxes. (History shows us that raising taxes seldom produces increasing revenue, only a growing economy will increase revenues, and to make that happen, history shows that reducing taxes is the correct course)…But I understand that the pressure being brought to bear upon you is huge. Likely you will, ultimately, vote to raise taxes. If you must do so, then do so. BUT DO NOT DO SO WITHOUT GETTING CONCESSIONS IN RETURN.

For every dollar of new revenue you raise in additional taxes, you need to get 3 dollars of reductions in spending. 3 for one at a MINIMUM. Stop spending money we don’t have. Stop the deficit spending.

Stop lying to us. We aren’t as stupid as you think we are. We are aware (for example) that 10 billion is more than 9 billion. We aren’t fooled when you reduce spending from the projected 10.6 billion to 10 billion and call it a cut. We can actually count and do basic math. Most of us are aware that 10 billion is an increase over 9 billion spent last year. WE WANT TRUE CUTS. We want you to spend less money this coming year than you spent last year. Period.

So really, what is so hard in cutting 5 % or even 10% across the board? Yes, I understand that some of your constituents will lose funding for their projects, or lose business supplying products to the government. Again, I don’t care. Not a whit. We don’t have the money to spend.

Ideally, you’d make a balanced budget happen immediately. Sadly, you and those before you have made decisions in the past which would make that terribly disruptive were that to happen instantly. I understand that. But really, what is so terrible about starting to change that? Yes some people will be unhappy. Some folks who work for and supply many government agencies will feel the pinch. I, again, don’t care. Most of us (your constituents, remember) are already feeling the pinch, and have been for years. TIme that the government and its workers do so as well.

By the way, when I say cuts, I don’t mean mythical cuts which take effect 10 years from now either. I mean cuts which take place in, and are felt in 2013. No more phantom savings which never materialize. No more lying to us. CUT THE SPENDING.  NOW.

As you consider where to cut (beyond, I mean, the 5% or higher across the board cuts) I would suggest those “entitlements” which are consuming an ever increasing share of our federal budget. Start with a simple plan: No more unneeded handouts to anyone beyond rent and food. Cut SNAP (EBT, or Food Stamps) to a level which only pays for unprocessed food and basic rent. No more McDonalds and frozen pizza for those needing our money to keep from starving. Supply only basic food:  meat, potatoes, milk, rice, cheese, etc. Food that must be cooked.  Stop wasting my money giving people late night snacks at Taco Bell. Same with rent. Pay the landlord directly rather than giving the recipients of that aid cash with which to do so and which they often spend poorly..

Here are a few easy ways to cut welfare and other entitlement rolls practically overnight: Make it federal legislation that anyone receiving federal government aid provide a clean drug test before receiving aid. If they have time and money to purchase and take drugs, then they have time to find (or at least look for) a job. Set limits on the total lifetime entitlement benefits that any one person or family can acquire.  Perhaps require that anyone receiving aid provide 20 hours or more of community service in order to get their benefits.

Stop spending federal money on boondoggles like Solyndra and wind energy and
123 systems which have no real possibility of ever creating a positive
cash flow without continued funding from the federal government. Stop
wasting billions of dollars on shady deals and risky, unproven
technologies. Stop subsidizing boondoggles like wind energy. If the
windmills are viable, then industry will finance them. Since they aren’t viable
without federal subsidies, stop wasting money we don’t have.

But, again, I really don’t care what cuts you make. Spend AT LEAST 5% (a greater cut would be better) less this coming year than the government spent last year. 5% less again the year after that.

Remember, many of your colleagues were campaigned for, and elected by, the fiscal conservatives in this country in 2010. We expected a change. You failed to provide it. We don’t forget….we DO remember. We got rid of those people who failed to represent us and we worked for, and voted for those in the House and Senate now. We can replace you too.

So hear us. DO SOMETHING TO CUT THE SPENDING.

Seriously. The time has come to do the job we elected you to do. TIme to step up. Stand your ground.

Even to board Amtrack. To travel? “Ihre papieren, Bitte” “Your papers please”.

But not to vote, Nossir, that is a hardship.At least if you are a minority or elderly or in any way a DNC demographic.

At least according to the lying sacks of pustulent ooze DNC and it’s minions it is. Just not for travel.

Why do we allow this? Why do we accept that they will use double standards in order to cheat?

I have a fair number of friends and some close family members who are nearly as big an asshole as me (takes some work, I tell ya).

Having said that, it is very nice to know, and experience the fact, that when I need help they will drop everything and come and lend a hand.

And it is very much appreciated.

Seems that it is hard to keep a bad cop off his job in Ohio.

Remember Officer “As soon as I felt your gun, I should have took two steps back, pulled my Glock 40 and just put 10 bullets in your ass and let you drop,”  Harliss who was, surprisingly enough, actually fired for the incident?


Yeah, he got his job back. He had been getting workers comp for this entire time.


Surprisingly, it was an arbitrator, not the union, who made the decision to give him his job back.


Were I the chief, I’d have him doing some REALLY nasty jobs until he quit.


‘Cause he’s just the kinda guy I’d want representing my department. Or even having a gun and a badge, for that matter. If police officers wanted respect, they’d hound officers like this until they found somewhere else to work….Like maybe Mexico.